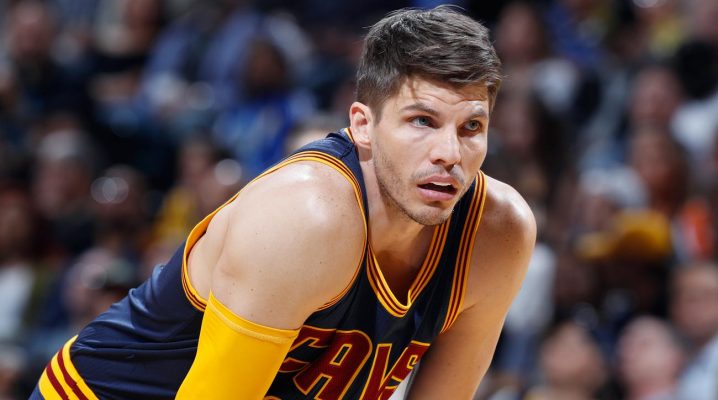 After former Cleveland Cavaliers forward LeBron James announced he was leaving in free agency on July 1, fellow veteran Kyle Korver was under the belief that he’d subsequently be traded away.

Joe Vardon of The Athletic looked at the state of the Cavaliers with the team having dropped eight of their first nine games. Among the issues looked at was the apparent verbal agreement between Korver and then-new Cavs general manager Koby Altman after the veteran signed his most recent contract:

“The first player Altman ever signed to a contract as GM was Kyle Korver. It was a three-year, $22 million deal inked in July of 2017, but it came with an understanding: If LeBron were to leave, the Cavs would either trade Korver or buy him out of the deal so he could move his family to his next team during the summer. So when LeBron left July 1 for the Lakers, Korver asked for the Cavs to move him. They refused because, they told him, they wanted him to play and for the team to try and win. To be fair, in the event of a Korver trade they would want maximum value in return, like a first-round pick.”

The 37-year-old Korver was originally acquired from Atlanta in January 2017 as a 3-point weapon for a team coming off an NBA title. However, with the Cavs obviously in rebuilding mode following James’ departure, Korver’s value to the team has been discounted. That status was part of the reason that former head coach Tyronn Lue was dismissed on Oct. 28, with Lue preferring to use Korver and other veterans.

In eight games this season, Korver is averaging 5.5 points, 1.6 assists and 1.4 rebounds per game. In his specific area of expertise, he’s connecting on 38.1 percent of his 3-pointers.

While it seems almost certain that the Cavaliers will eventually trade Korver, especially as the February trade deadline grows near, what they will receive in return is the question. The Cavaliers may want a first-round selection in return, but they may have to hope that a team feels that Korver is the missing piece to a title. That was the hope of the Cavs less than two years ago, a time frame that now seems like ages ago.