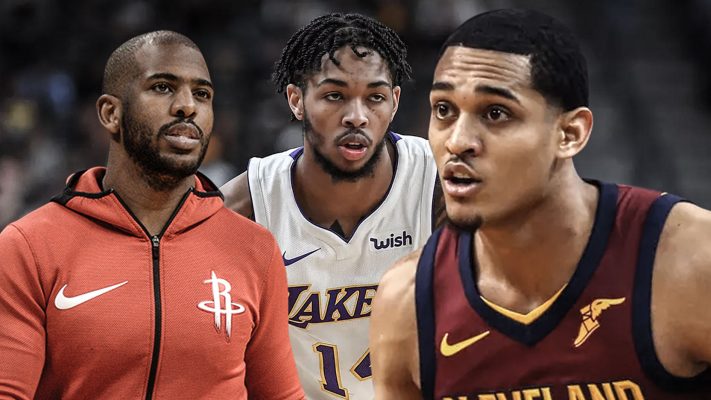 Cleveland Cavaliers guard Jordan Clarkson took notice of the wild Saturday night brawl between the Los Angeles Lakers and Houston Rockets by tweeting out his support for one of the fight’s main combatants, former Laker teammate Brandon Ingram.

The battle resulted in Ingram and teammate Rajon Rondo, along with Chris Paul of the Rockets being ejected from the game.

bi i love you lil bro

The brawl began with 4:13 left in a tight contest that had the Rockets clinging to a 109-108 lead. Rockets guard James Harden was fouled on a drive to the basket and was then shoved by Ingram, who was assessed a technical foul.

That soon led to Rondo and Paul then exchanging punches. Paul claimed that Rondo had spit in his face to spark the brawl, with Paul responding by poking Rondo in the eye. While that fight was going on, Ingram also threw a punch at Paul, with the trio then getting tossed from the game.

The contest, which marked former Cavs forward LeBron James‘ first regular season home game with the Lakers, was eventually won by the Rockets by a 124-115 score. The defeat keeps the Lakers winless during the league’s first week of action at 0-2, with Ingram, Rondo and Paul likely looking at suspensions for their roles in the fracas.

That winless record for the Lakers is the same one the Cavaliers have entering their home opener on Sunday night, though Clarkson has thus far served as a spark off the bench for the Cavs. In his two games, the former Laker guard who was acquired last February has averaged 17 points and is looked upon this season as a player who can supply instant offense for the rebuilding Cavaliers.