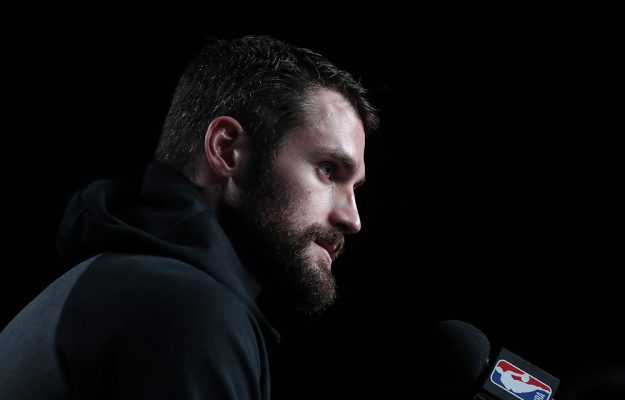 Cleveland Cavaliers power forward Kevin Love has been closely linked with the subject of mental health over the past eight months after disclosing his own problems with issues like anxiety and depression. To acknowledge World Mental Health Day, Love’s comments were the focus of an inspirational video for others who are dealing with the same or similar issues.

"I want to remind you that you're not weird or different for sharing what you're going through. Just the opposite. It could be the most important thing you do. It was for me." @KevinLove #WorldMentalHealthDay pic.twitter.com/x6hx0ril7f

Love made his problems public in March in an article for The Players’ Tribune, disclosing the issues that he had previously hid from the public eye. One of those situations involved a panic attack he suffered during a Cavaliers game last November at Quicken Loans Arena.

His disclosure garnered praise from all corners for his willingness to open up about a topic that’s been considered taboo or one that should be dealt with privately.

Over the offseason, Love signed a contract extension with the Cavaliers that’s scheduled to pay him $120 million. He also continued the discussion of mental health concerns and last month announced the establishment of a fund whose goal is to prioritize the subject.

Love’s continued work on behalf of such issues will be recognized next month when he’s the recipient of an award from a Cleveland-based mental health organization. On the basketball side, he’s expected to play in the Cavaliers’ final preseason contest on Friday night after sitting out the past two games. He’ll then begin the regular season with the revamped Cavs on Oct. 17, when the team opens the season in Toronto.