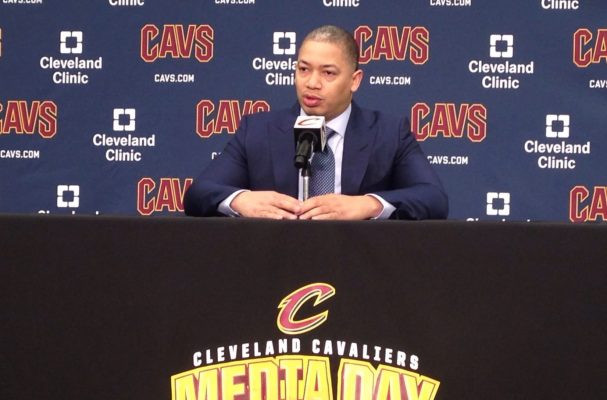 Looking at the different perspective the Cleveland Cavaliers have entering the 2018-19 season, head coach Tyronn Lue is seeking to dispel one storyline that’s evolved since LeBron James left in free agency in July.

He explained during Cavs media day on Monday that the mindset of the team of beginning a rebuilding project is a false notion.

Ty Lue: “I don’t see this as a rebuild at all. It’s new a challenge for all, but we’re up for the challenge. We will compete for the playoffs. That’s our motivation and we will put a product on the floor to do just that.”

During the James era, Lue’s coaching ability was questioned by critics who charged that his success was directly tied to having the future Hall of Famer in the lineup. That analysis likely serves as one motivating factor for the mentor, who’s beginning his third season as the team’s head coach.

Unlike Byron Scott, who took over as Cavs head coach after James similarly left in free agency eight years ago, the team still has plenty of talent on the roster at Lue’s disposal. This group includes veterans like Kevin Love, George Hill, Tristan Thompson and J.R. Smith, while last year’s Kyrie Irving trade resulted in the team selecting rookie guard Collin Sexton with the eighth overall pick in the NBA draft.

Job security shouldn’t be a concern for Lue, given the lowered expectations in place after four consecutive trips to the NBA Finals and one league championship. In conjunction with that reduced pressure, a more relaxed atmosphere should help avoid last year’s health issues that sidelined him toward the end of the regular season. Even if his job was in jeopardy, Lue has three years remaining on a five-year deal that he signed after the team’s 2016 title that will pay him approximately $7 million per season.