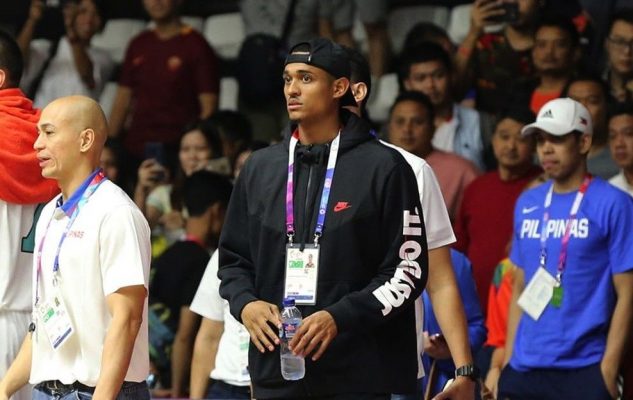 Cleveland Cavaliers guard Jordan Clarkson was delayed from playing for the Philippines in the 2018 Asian Games because of clearance issues with the NBA. In the wake of that situation, he indicated that he’d like to see a change in the league’s policy toward players competing in international events, which would likely increase the NBA’s popularity.

Clarkson, who’s set to play his first game on Tuesday against China, noted that this instance was the latest in a series of occasions in which he’d been prevented from playing. However, he’s looking forward to the challenge of helping the Philippines win a medal.

“After being told no so many times, I refused to give up. I kept fighting,” Clarkson said. “I’m here now, ready to compete.

“Just playing in the Games already means a lot me. It’s a great experience for me. Getting a medal would be an amazing achievement.”

The NBA’s reluctance in allowing players to compete internationally in competitions other than the Olympics is connected to a fear of players suffering injuries. That concern has most likely been heightened since Paul George suffered a severe leg injury during an intrasquad scrimmage of the USA Basketball Men’s National Team on Aug. 1, 2014. George missed a good portion of the 2014-15 campaign as a result of the injury.

Another reason for the league’s attitude is because of the time commitment involved. The fear is that such constraints may interfere with their NBA responsibilities.

Clarkson, who’s able to play with the Philippines by virtue of his maternal grandmother’s heritage, thinks that the presence of stars in such events will spark greater interest in a game that continues to grow:

“I think they get the point — in Asia kids are picking up a basketball. I feel like the NBA is allowing us to do our thing.

“I know soccer is still a big sport, but if soccer is up there I feel basketball is right underneath.”

The Cavs guard will be a welcome addition to a team that nearly didn’t compete in the Games. In a World Cup qualifying game last month, 10 members of the team and two coaches received suspensions and fines because of an on-court melee. After first withdrawing as a result of those actions, the national team relented after a strong push by Filipino government officials.

Even with the addition of Clarkson, the Philippines may not fare well in the Games. They haven’t won a gold medal in 56 years, a yawning gap to overcome for a team that’s only been put together over the past month.