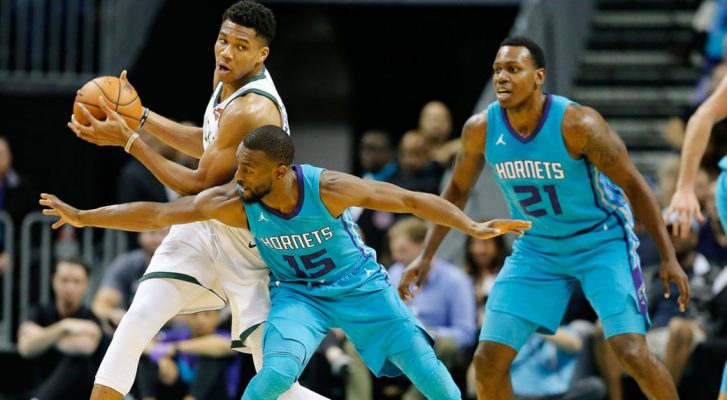 So far this offseason, the Cleveland Cavaliers have been watching their roster shrink in both size and talent through free agency. It now seems as though the Cavs may be looking to make an addition to their roster.

According to a recent report, the Cavs have expressed interest in free agent shooting guard Treveon Graham.

Cavaliers had a group in this morning to see workout of UFA @TreBall21, per league sources. Cleveland has strong interest; Minnesota in as well. Hornets did not give Graham a QO in June, making him unrestricted. Good 3 and D wing potential.

Graham first entered the NBA as an undrafted rookie in the 2015 offseason. He got his first taste of professional basketball with the San Antonio Spurs as a member of their 2015 NBA Summer League roster. He later enjoyed a stint with the Utah Jazz D-League affiliate Idaho Stampede.

The Virginia Commonwealth University product joined the Charlotte Hornets in July 2016, but played in just 27 games in the following season. In the 2017-18 regular season, Graham averaged 4.3 points and 1.9 rebounds in 63 appearances. While he only averaged 16.7 minutes per game last season, he shot 43.4 percent from the field and 45.2 percent from the three-point line.

Only time will tell whether or not the Cavs make a serious play for Graham. If he does ultimately sign with Cleveland, it will be interesting to see how his role changes and if he is given a greater opportunity to prove himself in the NBA.