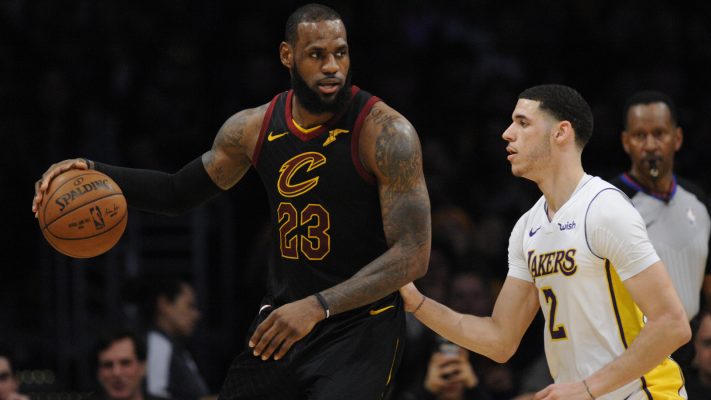 The LeBron James free-agent sweepstakes has been set in motion by his opting out of the final year of his contract with the Cleveland Cavaliers. While James could very well re-sign with the Cavaliers, he reportedly has a strong interest in joining the most prominent rival for his services, the Los Angeles Lakers.

Joe Vardon of Cleveland.com looked at the prospect of James again leaving the franchise where he’s spent 11 of his 15 seasons in the NBA, writing that James “is said to be strongly considering the Los Angeles Lakers.”

“James’ decision to join the Lakers would neither be clinched nor doomed by that franchise’s ability to trade for Kawhi Leonard. So, at minimum, the LeBron-to-the-Lakers stuff has real merit.”

Eight years ago, James left and outraged many Cavs fans for the manner in which he departed. If he does decide to leave again, the animus will be much less severe for one simple reason: he helped deliver the franchise’s first-ever NBA championship two years ago, which was one of his goals when he announced his return in July 2014.

Vardon spoke with Denise Bostdorff, a communications professor from the College of Wooster, who looked at the worst-case scenario for the Cavaliers, with James leaving, and then approached the aftermath from James’ perspective:

“If he leaves again, he needs to do it in a way that is respectful of northeast Ohio and he needs to portray a transcendent cause that he plans to pursue.”

Bostdorff also looked at how James should approach the final decision in the first place:

“He has to make his decision about something beyond just him wanting to be on a team that will allow him to win championships.

“Is he going somewhere with the goal of helping to make professional basketball more competitive? Is he attempting to meet a new ‘challenge’ in entertainment, along with basketball, that will allow him to create more opportunities for people of color like those in Akron?”

All fans of the Cavaliers and the team’s front office are hoping that such introspection won’t be necessary and he’ll simply choose to return to the team. Until that decision is made, however, all of those individuals will remain on edge.