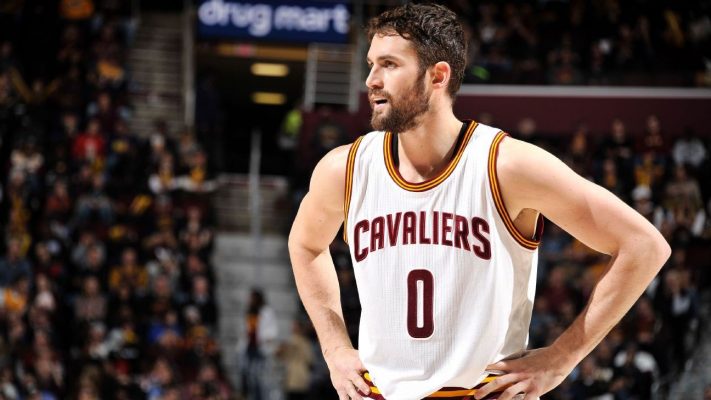 The current status of the Cleveland Cavaliers is that of a team in limbo as it waits for its best player, veteran forward LeBron James, to decide if he plans to remain with the team. Should James choose to sign with another franchise, the overall makeup of the team could very well change over the next few months before training camp begins.

Even if James stays, some trades of players may occur, with veteran Kevin Love‘s name once again being prominently noted. The problem with that possibility is that taking that plunge may not be the best course of action going forward.

Listed below are three reasons why the Cavaliers keeping Love is the best decision to make:

During the first six years of his NBA career, Love was the central component of the Minnesota Timberwolves‘ lineup. Over those campaigns, he scored an average of 19.2 points and grabbed 12.2 rebounds per game, numbers that dipped slightly during his four seasons in Cleveland. Here, he’s averaged 17.1 points and 10.0 boards. In other words, a double-double every game.

Of course, his time with the Cavaliers has been with many more offensive weapons than he had by his side with the Timberwolves. Sharing the ball with players like James, Kyrie Irving, J.R. Smith and Kyle Korver would undoubtedly have reduced any player’s numbers in that situation.

Getting a current player in return doesn’t guarantee the same level of production and James doesn’t have the patience to wait around for a future draft pick to arrive.

Any trade proposals will not only take into consideration the above factors. It also will look at the reality that Love turns 30 in September and has two years remaining on the contract he signed with the Cavaliers in 2015. That suggests that what the Cavaliers would get in return isn’t worth making the effort.

Love recently completed his 10th NBA season and has played nearly 700 games during his time in the league, counting both regular season and postseason. That sort of mileage on his body doesn’t figure to make other teams want to offer quality compensation in return. Nor does the fact that he’s due $49.7 million over the next two seasons.

Also, one report suggested that the Cavaliers would be hoping for a first-round pick in return for Love. Considering that Cleveland gave up two players who had been the top overall picks in their respective drafts to get Love, that compensation seems questionable.

Plus, the teams likely to pursue a trade for Love will very likely be playoff contenders. That means the odds of obtaining a player in the draft that can match those numbers get larger.

Keeping James would help continue his leadership of the team, which is something he takes seriously. Still, with all he has on his plate, he wants veterans who know how to deal with the ups and downs of everyday NBA life to reduce that burden. Like most players, he’s more comfortable with teammates he knows he can trust.

Love, who’s been a member of the team for all four trips to the Finals and was part of the 2016 title squad, has been by James’ side through all of the latter’s second run with the Cavaliers. His offensive production is a known quantity and Cleveland needs the type of play on the glass that Love has delivered in the past.

A more practical reason why dealing Love is a bad idea is simple. Any re-signing of James figures to once again result in a short contract to keep Cavs owner Dan Gilbert on his toes. Following that signing by then trading Love may anger James enough for him to head elsewhere after next season because of that ill-advised bait-and-switch.

The names of Love and James have been intertwined since James indicated to Cavaliers management in 2014 that he wanted it to acquire Love. That connection can continue if James makes the decision to simply re-sign with the Cavaliers, but a subsequent trade of Love makes no sense.

Getting back to the NBA Finals will be difficult enough next season, with teams like Boston and Philadelphia nipping at Cleveland’s heels. Removing a major part of the lineup in an effort to shake up the roster guarantees nothing and could have long-term ramifications the franchise would have to deal with in the years ahead.