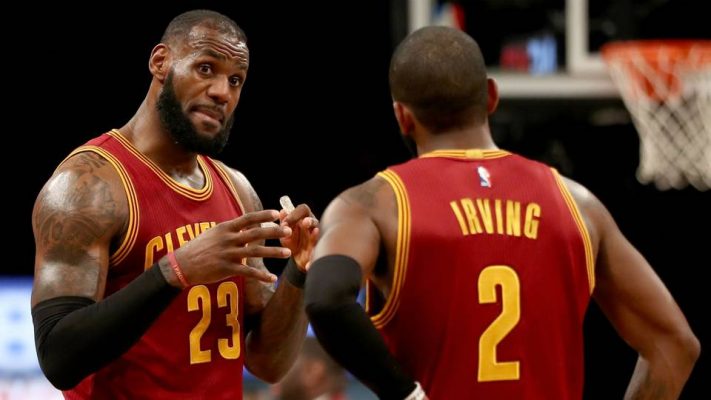 Former Cleveland Cavaliers point guard Kyrie Irving sent the NBA world into a frenzy last August when he shockingly requested a trade from the Cavs after going to three straight NBA Finals alongside superstar LeBron James.

The Cavs acquiesced Irving’s demands and traded him off to the Boston Celtics in exchange for Jae Crowder, Isaiah Thomas, Ante Zizic, and a couple draft picks.

On Friday’s edition of the Bill Simmons Podcast, Irving did his best to explain why it was so difficult playing alongside James:

“I went from being in Cleveland to having half the fans show up to now ‘Bron shows up and now every night is packed, every road game is like a home game for us. You think of the media attention that comes with all of that and the elevated pressure of, ‘Now it’s championship or you fail.’ And then you gotta figure out how you fit within the system. Basketball is a systemic game. How do you build that strategy and how do you fit in with that? And it was tough.”

It’s easy to see where Irving is coming from. Once the greatest player on the planet lands on your team, the expectations are championship or bust, and that’s exactly what the Cavs’ expectations were when James came back to Cleveland.

There’s a reason why James typically prefers playing with battle-tested veterans rather than budding young players. Just ask players like Jordan Clarkson and Rodney Hood, who crumbled under the pressure in not only the NBA playoffs, but more importantly, the NBA Finals.