Don't Miss
Home / Rumors / Cavs Rumors: LeBron James Does Not Like Houston as a City

Cavs Rumors: LeBron James Does Not Like Houston as a City 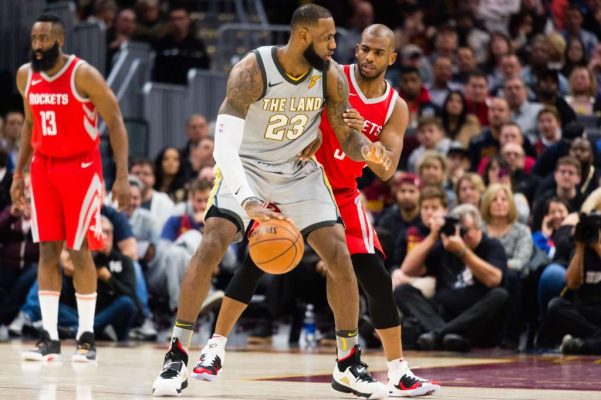 The LeBron James-to-Houston Rockets possibility may have vanished into thin air after a recent report.

The free-agency decision of the Cleveland Cavaliers forward has been the subject of discussion by fans, media and players since the season started and it has ratcheted up the past few days. Losing to the Warriors via a 4-0 sweep will do that.

Now, every media outlet has James going to just about half the cities in the NBA.

Unfortunately for Rockets fans, their bid to land the four-time MVP may have hit a roadblock and one that the city’s inhabitants will not appreciate.

According to a report by the Akron Beacon Journal‘s Marla Ridenour who appeared on ESPN LA 710, James is not too enamored of the city:

“I heard this from his own lips when we were in Houston this season, he does not like Houston as a city. That would require him moving to a place that he’s not crazy about.”

After the Rockets lost Chris Paul due to an injury in the Western Conference Finals, it was clear that they were only one player away from reaching the NBA Finals. James could be that one player if he can get over his disinterest of the city of Houston.

Otherwise, James may have to look elsewhere for a new team to play for if he is planning to leave Cleveland.