Report: LeBron James Has Already Ruled Out One Team For Free Agency Destination 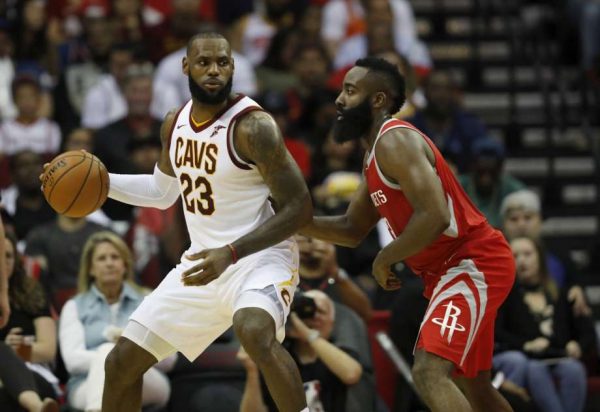 With the Cleveland Cavaliers on the brink of getting swept by the Golden State Warriors in this year’s NBA Finals, rumors have begun to emerge regarding LeBron James’ potential free agency destination this summer.

One of those rumored destinations is the Houston Rockets, where James could potentially form a Big 3 with superstars Chris Paul and James Harden.

The Rockets have been one of the favorites to sign James in the offseason, along with the Philadelphia 76ers and Los Angeles Lakers. Of the three, Houston reportedly gives him the best chance to dethrone the Warriors as NBA champions, at least on paper.

However, according to The Athletic’s Tim Kawakami, the King’s preference is not to go to Houston to join Paul and Harden:

“I’ve heard that LeBron doesn’t want to go to Houston, doesn’t believe his style would fit with Harden’s.”

ESPN reporter Chris Haynes appeared as a guest on Kawakami’s “TK Show.” There they talked about the possibility of James joining the Rockets this summer. Haynes claimed that Houston is “not a realistic option” for James, saying that pairing him with Harden could lead to potential chemistry issues.

“Houston has been linked a lot,” he said. “I’ve been told that that’s not a realistic option.”

Both Harden and James need to control the ball to become effective. It means either one or both would need to adjust their games in order for their partnership to work.

Meanwhile, the Rockets would also have to clear a huge salary cap space to accommodate James’ contract. Aside from trying to retain the max salaries of Harden and Paul, Houston would also need to re-sign starting center Clint Capela.