Don't Miss
Home / Media / Charles Barkley on the Cavs: I’ve Never Seen a Team So Dumb in My Life

Charles Barkley on the Cavs: I’ve Never Seen a Team So Dumb in My Life 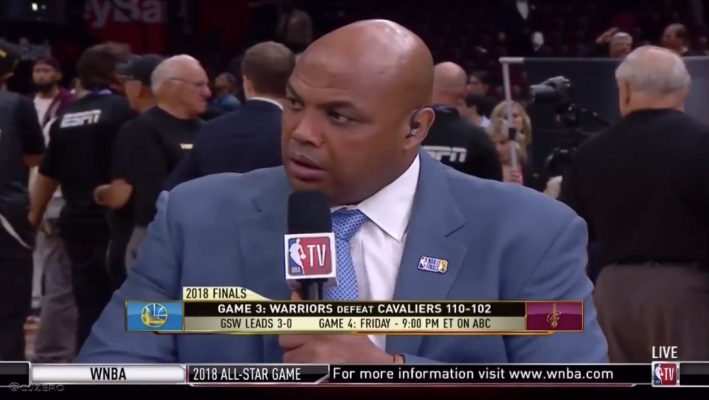 The crushing 110-102 loss suffered by the Cleveland Cavaliers in Game 3 of the NBA Finals came in part due to the Golden State Warriors finding success with the slip screen. That resulted in plenty of easy baskets, which caught the attention of Charles Barkley in his postgame comments.

"I've never seen a team that dumb in my life" – Charles Barkley pic.twitter.com/ej89FmERTq

The Cavaliers struggled with the same issue in Game 2 and now find themselves in a 3-0 hole. One of the chief weapons the Warriors had on the night was Kevin Durant, who had a game-high 43 points to go along with 13 rebounds while also handing out seven assists.

Facing that massive deficit, the Cavs will need to tidy up that aspect of their defense if they hope to send the game back to Oracle Arena for Game 5 on Monday night. Without that success, their season could come to an end in Friday night’s Game 4.