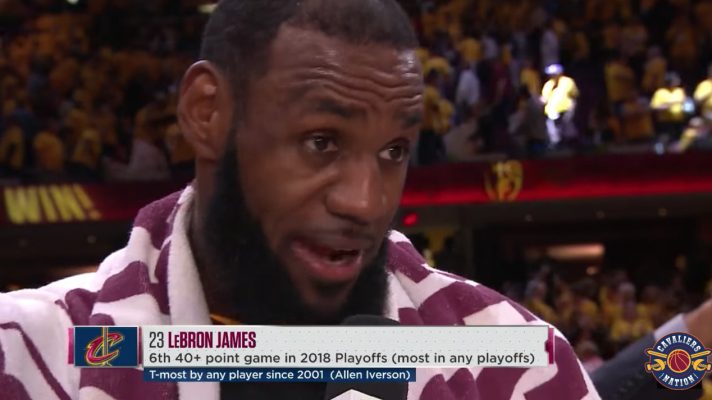 LeBron James delivered another standout performance in helping the Cleveland Cavaliers tie the Eastern Conference finals at two games apiece by scoring 44 points against the Boston Celtics. In his postgame remarks, he offered a hint as to how he’s able to maintain his level of output after 15 NBA seasons and more than 200 playoff games.

James scored 11 points in each of the first two quarters before then scoring 13 in the third quarter. Though he scored just nine in the final period, two baskets were especially clutch in the final moments.

As opposed to previous playoff games in this postseason, James’ game numbers for rebounds and assists were on the quiet side in Game 4. He finished with a mere five rebounds and three assists, but once again in scoring touch helped even the series.

James will seek to give the Cavaliers their first lead in the series when it shifts back to TD Garden in Boston on Wednesday night. That arena has been the site of some of his biggest playoff performances, the most recent coming in Game 2 of the series. Despite the Cavaliers coming up short in that contest, James poured in 42 points, half of those coming in the first quarter.