Danny Ainge Responds to Being Called ‘Thief’ by Cavs Player 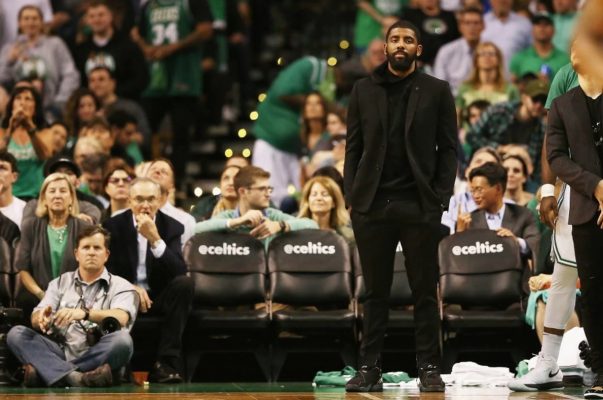 With the Cleveland Cavaliers currently trailing the Boston Celtics 2-0 in the Eastern Conference finals, the respective makeup of the rosters for the two teams has been the source of much talk. That’s included the report that Celtics general manager Danny Ainge was allegedly referred to as “a f—— thief” by an unnamed member of the Cavaliers in regard to last August’s huge trade between the two teams.

Ainge was interviewed on 98.5 The Sports Hub’s “Toucher & Rich” and spoke about the remark. The anonymous player apparently made the comment, which was reported by Jason Lloyd of The Athletic, during the regular season and was critical of the perceived small return that Cleveland received when they dealt point guard Kyrie Irving to Boston. In that deal, the Cavs received fellow point guard Isaiah Thomas, forward Jae Crowder, center Ante Zizic and the Brooklyn Nets‘ first-round pick that had previously been acquired by Ainge.

“I thought it was a fair trade at the time,” Ainge reasoned. “Both key players in Isaiah and Kyrie aren’t playing in this series, which is interesting, but we liked the trade for us then and we like it now. Hopefully it works out for both teams.”

Thomas missed the first two months of the season because of a lingering hip injury, then proved to be a bad fit in the Cavaliers’ lineup. After just five weeks on the roster, he and Crowder were traded in separate trade deadline deals that completely overhauled the Cavs’ roster. Zizic has seen little action this year and that Nets pick turned out to be the eighth pick in next month’s NBA draft. However, the Celtics are playing without Irving after he was ruled out for the postseason last month because of injuries.

“That pick that we gave them had the chance to be the No. 1 pick in the draft,” Ainge said. “It turned out to be No. 8, but who knows? They may get a really good player with the eighth pick in this year’s draft. There are some very good players at the top of the draft.”

Ainge dismissed the idea that the Cavaliers have little to show when it comes to the players they received in return for Irving:

“They turned Isaiah and Jae Crowder into other pieces, (Jordan) Clarkson and (Rodney) Hood and so forth,” Ainge noted. “Time will tell on all these trades, but at the time, we were criticized for giving up too much. And we gave up a lot. We liked Jae Crowder and we liked Isaiah Thomas. And we liked that Brooklyn pick.”

Ainge also likes the fact that the underdog Celtics currently hold that 2-0 edge in the series, which resumes on Saturday night at Quicken Loans Arena. The game has become a must-win situation for the Cavaliers, since no team in NBA history has ever come back from a 3-0 deficit to win a playoff series. Tipoff for the contest will be just after 8:30 p.m.