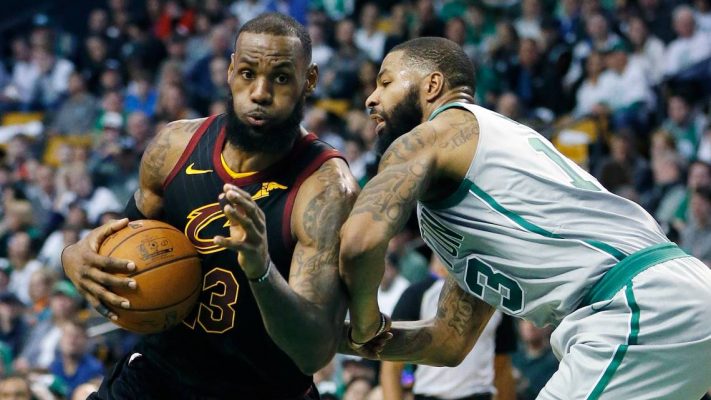 Game 1 of the Eastern Conference Finals is now less than 24 hours away. While LeBron James will surely look to impose his will upon the Boston Celtics in the series, Boston forward Marcus Morris seems quite confident in his ability to contain the four-time MVP.

According to Jay King of The Athletic, Morris took the time on Saturday to say that the only person in the NBA more capable of defending James than himself is two-time NBA Defensive Player of the Year Kawhi Leonard.

Marcus Morris not shying away from matchup with LeBron: “Personally, I think probably the best guy defending him in the league, outside of Kawhi.”

Morris sounds mighty confident, but the numbers don’t seem to support his claim. ESPN ranked Morris 78th out of 90 power forwards in defensive real plus-minus this season. Moreover, in the three games that the Cleveland Cavaliers played against the Celtics this regular season, James averaged 24.0 points, 10.3 rebounds, and 8.3 assists. Morris only appeared in two of those matchups, but it seems quite unlikely that his presence in the third game would have made much of an impact on James’ statline.

While there’s nothing wrong with trying to limit James’ dominance in the series, the more likely deciding factor will be how well his supporting cast performs.

In the first round of the playoffs, the Cavs felt the lack of production from players like Kevin Love and Tristan Thompson in what became an unexpected slugfest with the Indiana Pacers. In the following round, Love, Thompson, and several other role players on the Cavs played noticeably better and the Cavs dominated their series against the No. 1 seeded Toronto Raptors on their way to a four-game sweep.

If James’ teammates are able to replicate their second-round performances in the Eastern Conference Finals, Morris and the Celtics could be in for a very tough series.