Report: Jordan Clarkson and Rodney Hood Could Be Dropped From Rotation 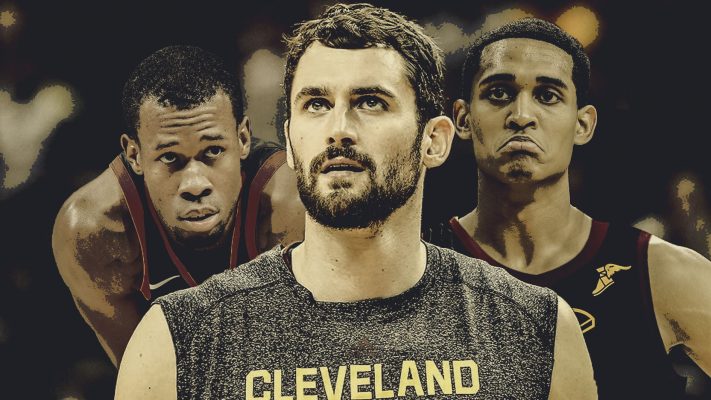 The Cleveland Cavaliers stand just one win away from advancing to the Eastern Conference Finals, but their bench rotation could be tweaked for their Game 4 matchup against the Toronto Raptors. If that turns out to be the case, both Jordan Clarkson and Rodney Hood could see reduced playing time as a result.

“There’s been some talks. You don’t want to take guys confidence throughout the playoffs because you’re going to need everyone,” Lue said. “We’ll just see how it goes.”

Both Clarkson and Hood were acquired in the Feb. 8 trade deadline deals that completely revamped the Cleveland roster. Clarkson’s one strong postseason performance thus far came in Game 4 of the Cavs’ first-round series against the Indiana Pacers, when he scored 12 points in the team’s 104-100 victory. Those struggles have continued on the defensive end against Toronto, with Clarkson having problems against the team’s guards.

Hood has largely been ineffective during his time on the court in the postseason, with some speculation pointing to the lingering effect of the late-season back trouble he experienced. His offensive production during the Raptors series has been virtually non-existent, scoring just two points in over 38 minutes of playing time.

Calderon is considered by Lue to be a trusted ball-handler and has been able to offer some solid contributions to the Cavaliers over the course of this tumultuous season, despite not having seen any action yet in the Toronto series. Meanwhile, Osman’s 6-foot-8 frame, coupled with his physical play and better defensive capability, is seen as a stronger countermeasure when facing larger players. Osman has only seen 13 minutes of action in his first postseason of play.

The Cavaliers are seeking to close out this series against the Raptors in Game 4 in order to avoid going back on the road to try and clinch the series on Wednesday night. Monday night’s clash at Quicken Loans Arena gets underway shortly after 8:30 p.m. ET.