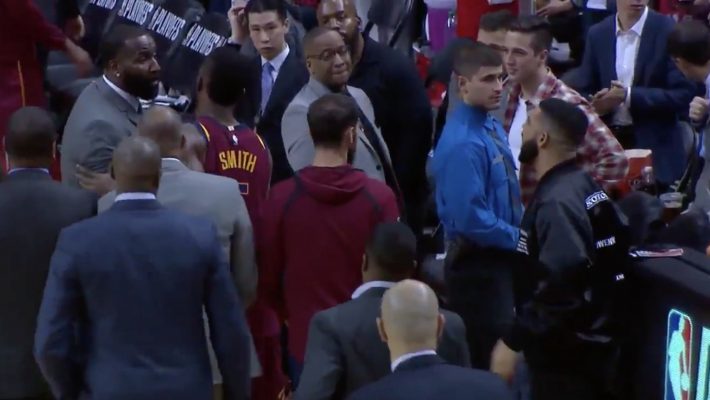 Kendrick Perkins hasn’t had any kind of an impact on the court in Game 1 of the series between the Cleveland Cavaliers and Toronto Raptors, but he is surely having an impact on the sidelines.

As the Cavs and Raptors were heading into their respective locker rooms at halftime, Perkins got into a bit of a heated conversation with rapper and well known Raptors fan Drake.

Drake and Kendrick Perkins getting into it. ?? (via @kgarea21)

Drake is known for running his mouth whenever he is sitting courtside at Air Canada Centre. It’s not clear what the cause of their argument was, but it’s clear that neither Drake nor Perkins were very happy with one another.

Drake will certainly continue talking trash as this series continues and it will be interesting to see if Perkins chooses to engage the rapper going forward.

As for the Cavs players who are spending the game on the court, Drake’s trash talking will likely only serve as more encouragement to win the series.