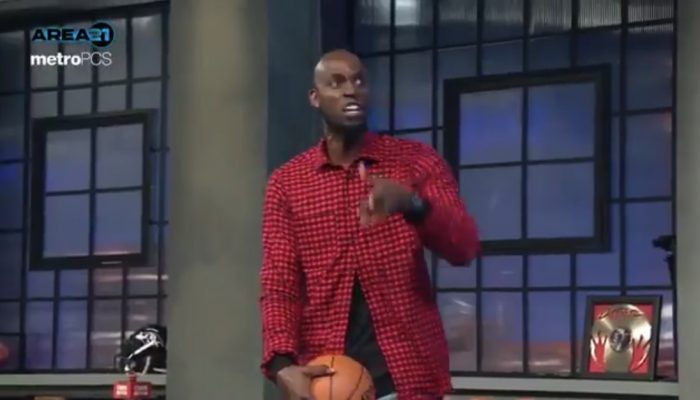 Despite the fact that the NBA career of Cleveland Cavaliers forward LeBron James is nowhere near over, debates about whether he or former Chicago Bulls legend Michael Jordan is the greatest player of all time have flourished. In the latest instance of just how passionate such a discussion can be, retired forward Kevin Garnett unleashed a verbal tirade on Tuesday night when it was suggested that James was criticized much more than Jordan and had surpassed Jordan as the G.O.A.T.

During his commentary, Garnett also suggested that Jordan had played a key role in saving the NBA, which was reeling from a series of issues in the early ’80s.

During Garnett’s 21-year NBA career, he battled James much more often than Jordan. However, the future Hall of Famer’s formative years were spent watching Jordan perform at his peak.

Regardless of the level of Garnett’s passion, a true comparison of the two players isn’t really possible until James completes his career. James is currently in his 15th season and shows no indication that his playing days will end any time soon.