Video: LeBron James and Tyronn Lue Get in Heated Argument on Cavs Bench 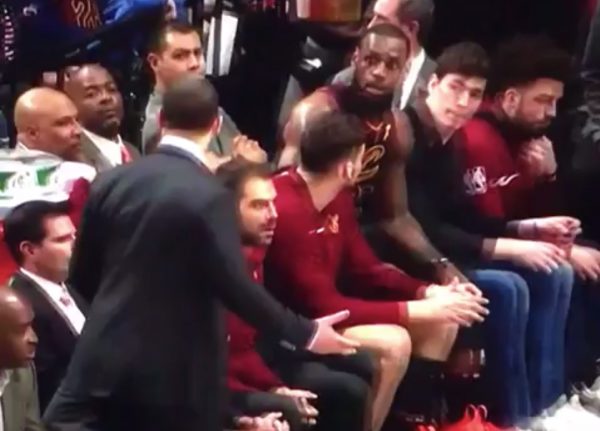 The struggles of the injury-plagued Cleveland Cavaliers during their Thursday night game against the Portland Trail Blazers spilled over to the team’s bench during the third quarter. That was where LeBron James and Cavs head coach Tyronn Lue were seen arguing with each other.

LeBron and Ty Lue. ? (via @World_Wide_Wob)pic.twitter.com/fDVEWmOmbC

Ty Lue and LeBron exchanged words on back-to-back possessions. Now going back and forth on the bench. Lue didn't love James's shot selection.

The heated conversation will no doubt give rise to rumors about James’ future with the Cavaliers past this season. That’s because in July, he’s expected to again become a free agent. However, disputes during the course of a game tend to be commonplace, especially in the high-pressure world of the NBA.