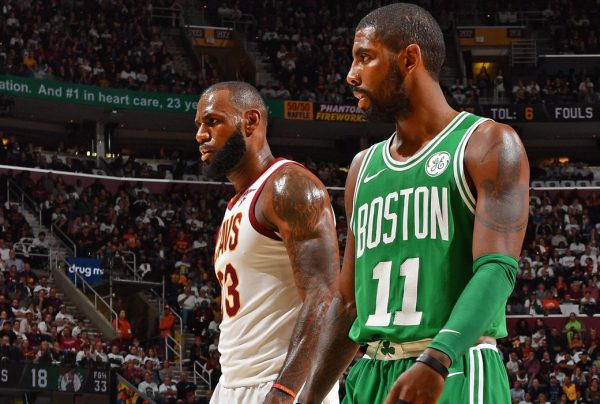 LeBron James‘ status with the Cleveland Cavaliers beyond this season has been a major question since last summer. That’s led to deep concern that the apparent rift between the 15-year veteran and the front office will lead to James’ second stint with the team coming to an end when he’s expected to become a free agent in July.

Jason Lloyd of The Athletic explored the growing conflict that largely focuses on the noticeable decrease in the influence James once possessed with team management. Lloyd pinpointed the origin of the situation:

“The root of the problems can be traced back to two key issues: David Griffin’s removal as general manager and Kyrie Irving’s subsequent trade to the Boston Celtics.”

Last season, James was vocal about re-signing Griffin, but the former Cavs GM was unable to work out a new deal with team owner Dan Gilbert. Upon the announcement of Griffin’s departure, James took to social media to both praise the executive and take a veiled shot at Gilbert. The Cavaliers eventually replaced Griffin with Koby Altman.

With respect to the Irving situation, Lloyd made clear that James had no say in the ultimate move:

“Gilbert and Altman traded Irving to the Celtics for a package headlined by Isaiah Thomas and Brooklyn’s unprotected pick. While no one knows yet what that pick will render, to this point, the trade has been a disaster for Cleveland and triggered a number of the other issues this team is dealing with today.

“The deal was also completed without consulting James, one source with knowledge of the situation told The Athletic. Altman called James when it was essentially done and informed him of what was happening.

“‘It’s the best we can do,’ Altman told James. Twenty minutes later, the trade was leaked publicly, one source with knowledge of the situation told The Athletic. It had been negotiated entirely without James’ knowledge.”

Lloyd also pointed out another instance where the front office essentially tuned James out. That was after the superstar urged the Cavaliers to sign veteran guard Jamal Crawford. Instead, they signed 2015 draftee Cedi Osman.

The beginnings of the conflict between James and Gilbert is often seen as the bitter letter that Gilbert penned in the immediate aftermath of James’ 2010 departure. That, coupled with James’ close ties with Griffin that no longer exist with Altman, have essentially frozen James out of any current team decisions.

“James and Gilbert have no relationship. Neither do James and Altman, multiple sources with knowledge of the situation told The Athletic,” Lloyd wrote. “Whereas Griffin would consult with James and keep him informed of major roster decisions, that is no longer happening. James doesn’t trust this front office, and there is no communication now between management and star player.”

The only move that James appears to have had any hand in was the signing of his former Miami Heat teammate Dwyane Wade. However, Lloyd pointed out that the deal wasn’t made with universal agreement.

The lack of moves and reluctance to deal the Brooklyn pick have all the earmarks of protective measures being made by Gilbert.

“Gilbert said for years after James left in 2010 that he’ll never again let a player hold his organization hostage, and if he had it to do over again, he would’ve traded James with a year left on his contract,” Lloyd wrote.

“James’ no-trade clause prevents that from happening again this time. But the Brooklyn pick is his insurance policy he didn’t have in 2010.”

Finding a way to get past all of the conflict remains an uncertain task for the Cavaliers, with an early exit from the playoffs now considered to be a possibility. If the Cavaliers’ front office is greasing the skids to push James out the door, they should be reminded of what happened the last time he left: four years of terrible teams.