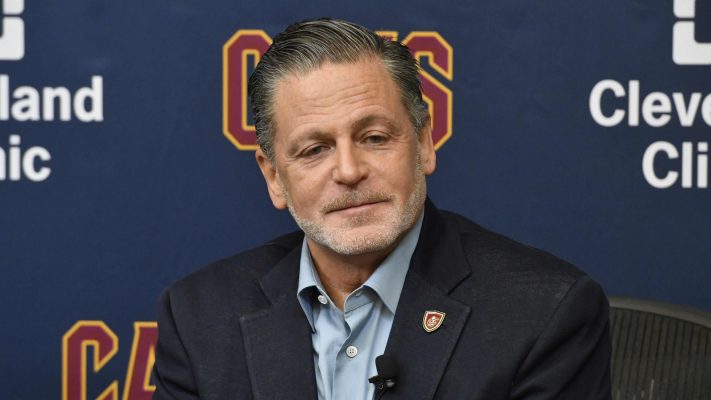 The tumultuous stretch the Cleveland Cavaliers are currently going through, coupled with the uncertain status of LeBron James past this season has reportedly caused Dan Gilbert to begin the process of selling the team.

Of course, the source of the information is ESPN’s Stephen A. Smith, who made the comments on the network’s “First Take” program and who’s known for histrionic remarks in all aspects of sports. In offering the explosive information, Smith offered no clear evidence that Gilbert had made such a decision, saying that he had been told the information.

Dan Gilbert wants to sell the Cleveland Cavaliers. (Via Stephen A. Smith – ESPN)

James has offered no indication that he plans on leaving after this season. However, the controversies that have engulfed the Cavaliers during their extended slump have given increased attention to the belief that he would leave if the current meltdown continues.

Gilbert bought the team in 2005 and has generally had an open checkbook when it comes to funding the team. That helped deliver the franchise’s first-ever title two years ago, but should James again leave in free agency, an extended rebuilding plan will likely begin. Selling the team before James left could potentially bring in a much higher price.

As of Wednesday afternoon, no comment one way or the other has been offered by the Cavs’ organization.