Video: Kelly Oubre Does Push-Ups After J.R. Smith Shoves Him to Floor 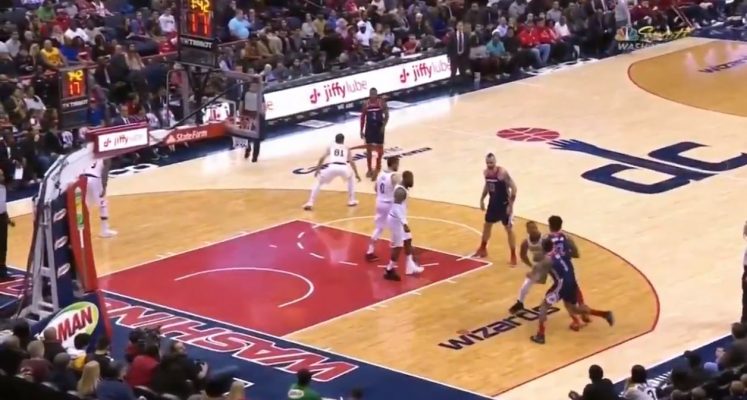 No matchup between the Cleveland Cavaliers and Washington Wizards goes quietly. That was the case again on Sunday night when LeBron James‘ third straight triple-double powered the Cavs past the Wizards.

In the first quarter, Wizards forward Kelly Oubre pushed J.R. Smith around a set pick. The Cavs guard then proceeded to shove the 22-year-old to the deck. Despite the unpleasant push, Oubre responded quite interestingly:

Doing pushups is an uncharacteristic response to being jostled to the ground; however, it’s understandable that the third-year forward didn’t want to let his emotions get the best of him. The two playoff contenders always have intense battles when they battle each other.

Although both teams aren’t considered rivals, they have generated tons of attention as the better squads in the East. Perhaps the largest indication of some animosity between both powerhouses is when Wizards superstar John Wall claimed the Cavs purposely gave the up first seed to avoid Washington in the playoffs.

In spite of Wall’s comments, the Cavs have upended the Wizards twice already this season largely thanks to King James. Before capturing a triple-double on Sunday, the future Hall of Famer posted a whopping 57 points, 11 rebounds and seven assists against in Washington in November.

The Wizards will face the Cavaliers next in late February.