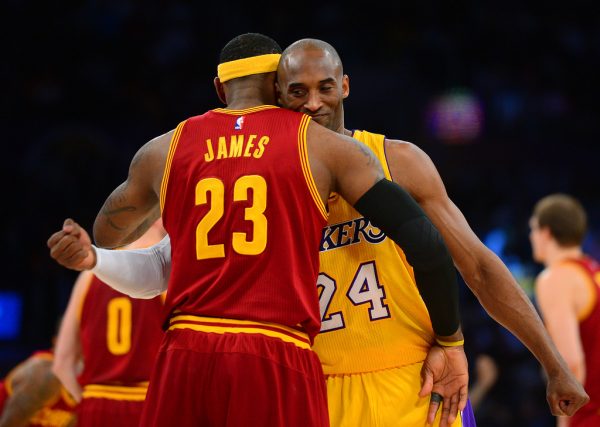 Younger NBA fans may not remember, but before LeBron James was considered the unrivaled best player in the NBA, he was competing with Los Angeles Lakers legend Kobe Bryant for that revered title.

Now that Bryant is a couple seasons removed from playing in the NBA, it seems he has contemplated what it would have been like to team up with James while still in his prime.

The Laker great made a recent appearance on Holding Court with Geno Auriemma to discuss why he would’ve preferred to play with James over any other player in the NBA during his storied career.

“I think the player that would fit with me the most, I actually think would be LeBron,” Bryant said. “He’s a passer first, I’m a scorer, I’m a finisher. ‘Bron is a facilitator by nature and I’m a finisher by nature. Those two styles, I think complement each other extremely well.”

While James and Bryant never got to experience playing alongside one another, it was always a marquee NBA event when the two faced off against each other. It seemed as though the two were destined to meet on the league’s biggest stage in the 2008-09 NBA season, but the Orlando Magic stunned James’ Cleveland Cavaliers in the Eastern Conference Finals only to lose to Bryant and the Lakers in five games in the NBA Finals.

Bryant was known as one of the fiercest competitors in the history of the NBA and his five NBA titles are among the most of any individual player. Still, he is one ring behind Michael Jordan’s six championships.

Perhaps Bryant should consider joining James and the rest of the 2017-18 Cavs in pursuit of one final ring.