Video: Kevin Love Rips His Jersey in Frustration After Being Berated by Tyronn Lue 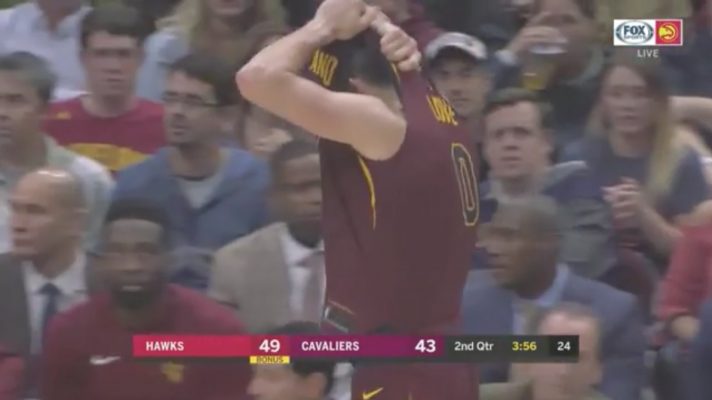 The Cleveland Cavaliers dropped the fifth of their last six games as they fell to the 2-8 Atlanta Hawks on Sunday, 117-115.

Starting center Kevin Love saw just 18 minutes of action before he was sent to the hospital with what was perceived to be an illness.

Not only did Love pick up three fouls in less than two quarters, but it was later noted that Cavs head coach Tyronn Lue had berated his center during a timeout.

With Love being forced to play outside of his natural position, it’s easy to see why the natural-born center has been frustrated to start the season, especially considering the Cavs’ 4-6 record, good for 12th place in the Eastern Conference.

It was later reported that Love was sent home after being released from the hospital, so the health issue seems to be behind him. However, we’ll see if he can turn his frustration around and use it as fuel for motivation or if the Cavs’ internal issues are much bigger than we think.