NBA Would Fine Cavs $100,000 If LeBron James Rests When Healthy Under New Rule 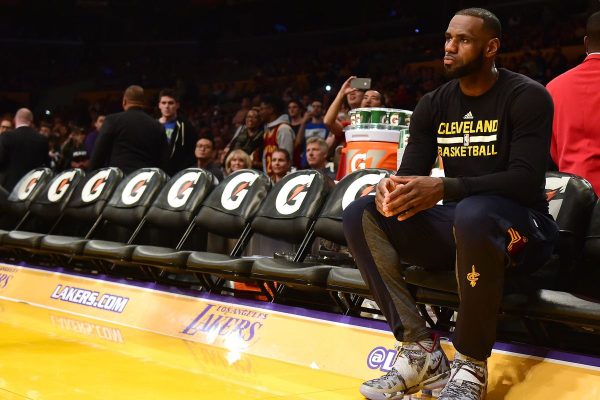 The Cleveland Cavaliers learned Thursday that the NBA is coming down on teams that rest healthy players, as it announced a new rule prohibiting players to miss nationally televised games this season. Violators can be fined a staggering $100,000, per Joe Vardon of Cleveland.com:

“There are up to 39 games this season in which the Cavaliers would be prohibited from resting a healthy LeBron James, Dwyane Wade or Kevin Love, according to new rules approved Thursday by the league’s board of governors.”

Although the policy is great for the fans, it’s going to be a headache for the Cavs organization. With the playoffs assured and the Finals almost a certainty this upcoming season, teams have a tendency of reserving their players’ finest moments for the inevitable, deep postseason run. Last season, Cleveland rested James, Love and Kyrie Irving in a game in Memphis, causing an uproar around the league.

Fortunately for the Cavs, James doesn’t miss games often and would prefer playing every single game he possibly can. However, for newcomer Wade, the contrary holds true. The 35-year-old shooting guard has missed multiple contests over the past few years for the sole purpose of maintenance.

The NBA season starts on Oct. 17 when the Cavaliers take on the Boston Celtics at home.