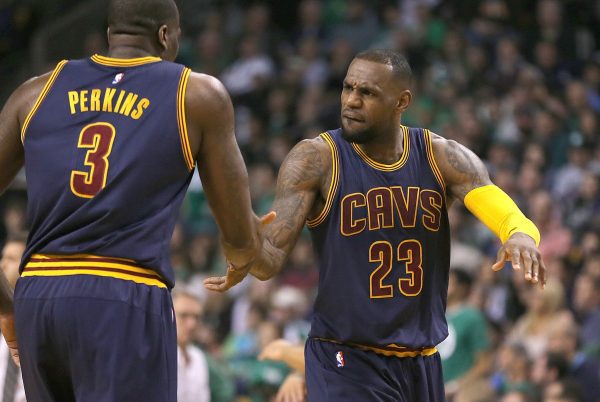 The Cleveland Cavaliers may have found the enforcer that the team has been so desperately lacking, as it was reported by Joe Vardon of Cleveland.com that big man Kendrick Perkins was at LeBron James’ minicamp in Santa Barbara, Calif. and will come to the team’s training camp next week.

Perkins, 32, is reportedly in great shape as he told the Boston Globe earlier this summer: “The body feels good, man, I’m just sitting here waiting on an opportunity. Hopefully I can get a training camp invite soon. I want to earn my way. I don’t want nobody to give me nothing. So I’ve been working hard, going two or three times a day, working and grinding. I’m just trying to stay with it.”

However, according to Vardon, the 6-10 center is unlikely to make the team’s final roster due to the Cavs already having 15 players under guaranteed contract. The team is also already $18.6 million above the league’s luxury tax line and would have to spend millions in order to cut someone else and give a roster spot to Perkins.

The Cavs now have just one spot remaining for camp invitees.