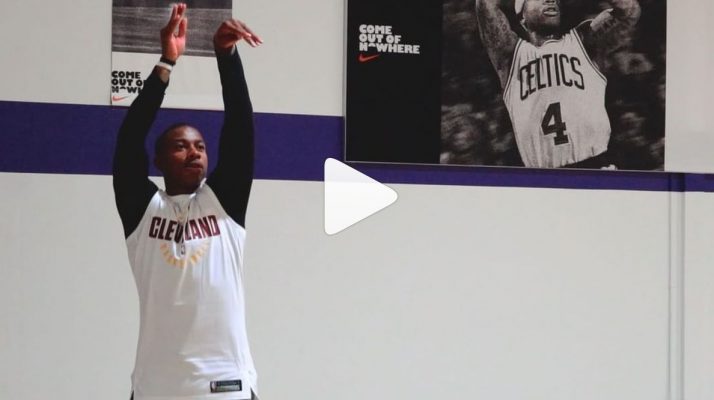 Newest Cleveland Cavaliers point guard Isaiah Thomas posted to his Instagram on Tuesday with what seemed to be a reactionary statement to the recent trade that essentially swapped him with former Cavs point guard Kyrie Irving.

After giving his heart and soul to the city of Boston, Thomas was controversially shipped in a package that included Jae Crowder, Ante Zizic, Brooklyn’s 2018 first-round draft pick, and a 2020 second-round draft pick. The point guard was named to last year’s All-NBA Second Team and averaged 28.9 points per game but was still traded, likely because the Celtics didn’t have faith in his debilitating hip.

With the sudden trade and the critics now seemingly denying Thomas’ ability to get back to where he was last season, the point guard seems hungrier than ever.

"They say every man is defined by his reaction to any given situation. Well who would you want to define you? Someone else or yourself? Whatever you do, give your heart to it and stay strong"… THE MARATHON CONTINUES!!! #BookOfIsaiah2ComingSoon #ThatSLOWgrind #KeepDoubting #KillaSeason ?: @TeeJayRegan

If healthy, Thomas — along with Crowder, Derrick Rose, Jeff Green, and perhaps international standout Cedi Osman — and the Cavs do have a realistic shot at dethroning the Golden State Warriors in 2017-18. With the latest rumors also linking veteran guard Dwyane Wade to the Cavs on a pending buyout, it’s hard not to be optimistic about this upcoming season.