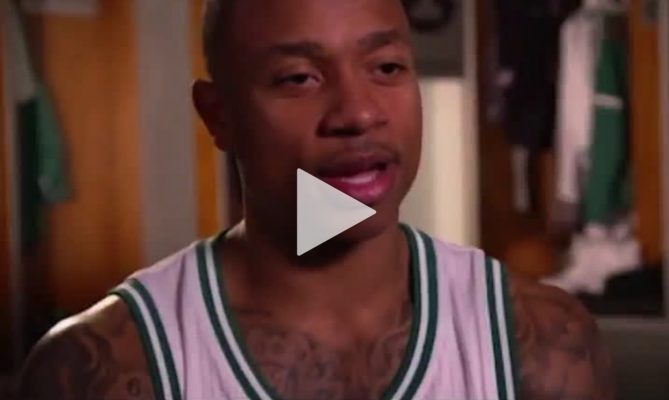 The chemistry between LeBron James and his teammates has helped the Cleveland Cavaliers capture one NBA title and reach three consecutive Finals. Therefore bonding with his new teammates arriving from the Boston Celtics shouldn’t be a problem, especially when it comes to point guard Isaiah Thomas.

That’s because last season, James’ opinion of Thomas gave a strong indication of the respect he has for the guard who has worked himself up from being the last selection in the 2011 NBA Draft. Asked if the Celtics needed a superstar to defeat the Cavaliers, James cited Thomas in his reply.

“The Celtics don’t need to look for a superstar. They’ve already got one in Isaiah,” James said, which led to the following response from Thomas:

“It says a lot to hear that from the best player in the world. It’s like, it’s good, it’s unbelievable,” Thomas said.

While the health status of Thomas is currently offering conflicting reports, the pairing of the two players could end up matching the success enjoyed by James and Kyrie Irving. One possible area of concern is that next July, both players will be free agents, which could conceivably make their pairing shorter than expected.