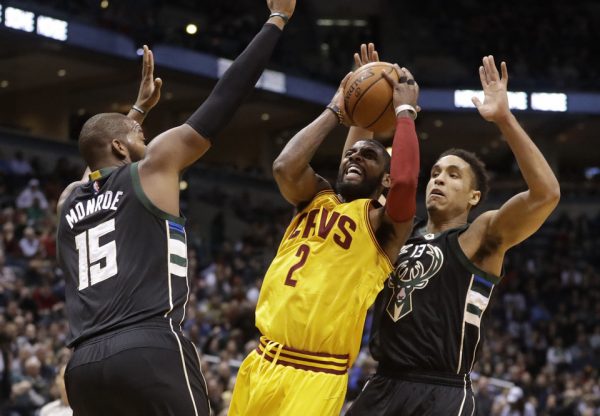 Suns were never really in on Kyrie but here is a nugget – Milwaukee was close – offered Brogdon, Middleton and a 1st round pick.

That team is the Milwaukee Bucks, who were a last-second contender and would’ve landed Irving had it not been for the Celtics. They reportedly offered 2017 NBA Rookie of the Year Malcolm Brogdon, Khris Middleton, as well as a first-round draft pick. Brogdon and Middleton would’ve certainly brought a whole different dimension to the Cavs, as both players are elite defenders at their positions and are no slouches on the offensive end of the floor.

What’s surprising is that the Phoenix Suns were never really in on an Irving trade, although they were probably the team mentioned most prior to Tuesday’s deal being made. The supposed trade scenario would’ve involved Suns point guard Eric Bledsoe and a young asset going to the Cavs in exchange for Irving.

Brogdon spoke with Slam in a recent interview about the Irving trade rumors, but did not acknowledge his potential involvement:

“You have to at least pay attention to it. We’re in this basketball world all the time, and we want to know who we’re going to be playing and how we’re going to match up against them.”