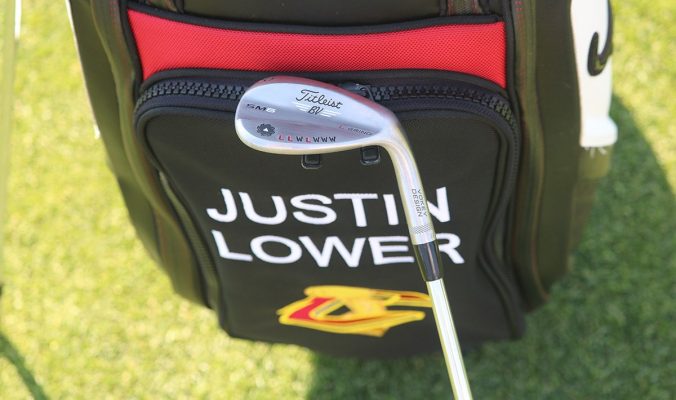 Golden State Warriors star Stephen Curry has been showing off his golf skills recently, playing at the Web.com Tour’s Ellie Mae Classic. Before he was able to take the links on Thursday, however, he became the victim of some competitive trolling from professional golfer and Ohio native Justin Lower.

Lower arrived at TPC Stonebrae, where the tournament is being held, with a golf bag that featured a large Cleveland Cavaliers logo and a customized wedge that depicted the Cavs’ legendary 3-1 comeback victory in the 2016 NBA Finals, complete with an engraved game log.

Look closely at the engraved wedge. @cavs fan Justin Lower (@justinlower_1) is having some fun in enemy territory this week. ⛳️ ? pic.twitter.com/TAdswEfLqj

Curry customized his golf bag with the two Larry O’Brien trophies he’s won for the Warriors, but Lower definitely came out on top in terms of trolling.

Lower won the day on the golf course as well, as he shot an impressive 69 to Curry’s 74. With Friday fast approaching, it’s yet to be seen if Lower has a plan to get inside Curry’s head for day two as well.