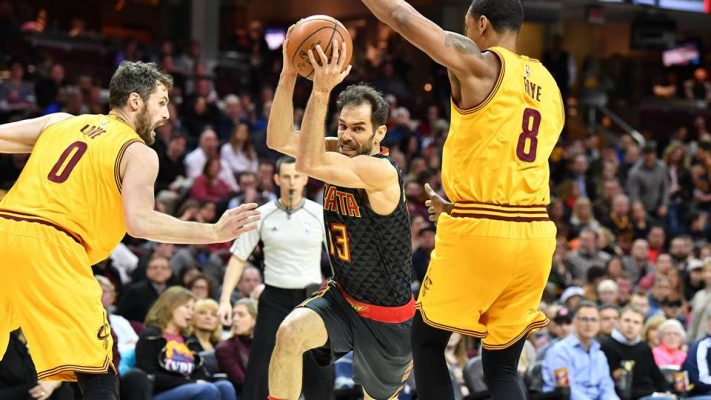 Despite the heartbreaking defeat of the NBA Finals fresh in the mind of the Cleveland Cavaliers, the deflated feeling was quickly replaced with optimism as they were projected for a big offseason, chasing some of the league’s biggest names. Two of those players were elite swingmen Jimmy Butler and Paul George. Unfortunately for the organization and Cavs fans, the Wine and Gold failed to land either star, as both players departed to the Western Conference. It has since been an underwhelming offseason for the former world champions, as they are yet to land a big name.

It’s not all doom and gloom however. The Cavaliers have since made a couple of smart and financially savvy additions. They have brought in handy wing scorer Jeff Green and European veteran Jose Calderon to improve the roster.

As last season’s backup point guard Deron Williams is unlikely to return next season in a Cavs uniform, bringing in Calderon is very intriguing as the Cavs also have young gun Kay Felder waiting in the wings to back up Kyrie Irving. Felder played most of his minutes for the Cavs’ D-League affiliate Canton Charge last campaign, where he shined as their main player. With another year of development under his belt, Felder also has his sights set on seeing significant minutes in this upcoming campaign.

It will be interesting to see how the Cavaliers go about finding the right suitor, but head coach Tyronn Lue told Joe Vardon of Cleveland.com, the better of the two will earn themselves the right to back up Irving.

“Whoever plays the best will play,” said Lue, who is currently in Las Vegas observing Felder and the rest of the Cavs’ summer league team. “It’s not like Kay is out of it. He’s just got to continue to grow, get better, and he’s going to continue to get better.”

One thing is for sure, it won’t be easy for Felder. He also hasn’t done himself any favors after having a poor showing in the Las Vegas Summer League so far. He’s shooting just 25.6 percent from the field and averaging 12.0 points and 3.3 assists in three outings.

Its growing pains like these that may force the Cavs into opting for the experience of Calderon over the Oakland product.

Lue reiterated just that when asked about what Calderon can bring to the table for the Cavs.

“Calderon can make a shot, run pick and roll, doesn’t turn the basketball over, so as of right now he’s our backup point guard,” said Lue.

The two point guards may be on different ends of the age spectrum, but their battle to be the Cavs’ backup point guard will be an interesting one throughout this upcoming season.