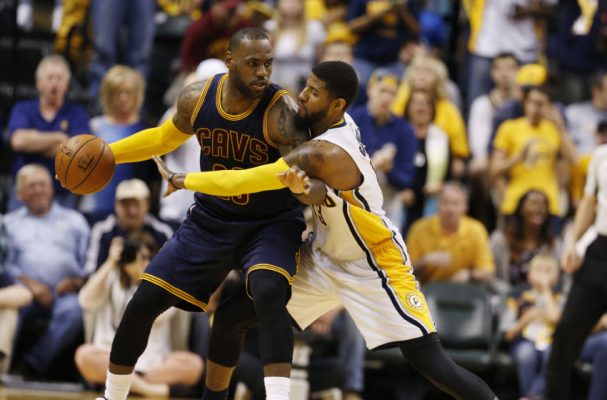 According to Adrian Wojnarowski of The Vertical, Indiana Pacers All-Star forward Paul George has informed his team that he plans on becoming a free agent in the summer of 2018 and will leave the franchise.

“George hasn’t requested a trade before he can opt out of his 2018-19 contract, but did have his agent, Aaron Mintz, tell new Indiana president of basketball operations Kevin Pritchard that he wanted to be forthright on his plans and spare the franchise any confusion about his intentions, league sources told The Vertical.

“In the past 24 hours, Pritchard has become more aggressive in pursuing trades for George, league sources told The Vertical. Pritchard has yet to show an inclination to engage the (Los Angeles) Lakers, but has discussed deals with several teams – including Cleveland – in which the expectation of teams would be that George is a “one-year rental.” It is unclear how robust those offers to Indiana will ultimately be, given that teams believe he will sign with the Lakers next summer. So far, Indiana is asking for a substantial package of talent and draft picks for George, league sources said. Discussions could extend until Thursday’s NBA draft – or beyond.”

With George’s insistence on signing with the Lakers in 2018, it’s hard to imagine which players the Cavs would be able to part with, considering the lack of security they would have in signing the All-Star forward.

However, if the Cavs were to be able to keep their Big 3 of LeBron James, Kyrie Irving, and Kevin Love in tact, while also adding George, then the benefits would surely outweigh the risks.