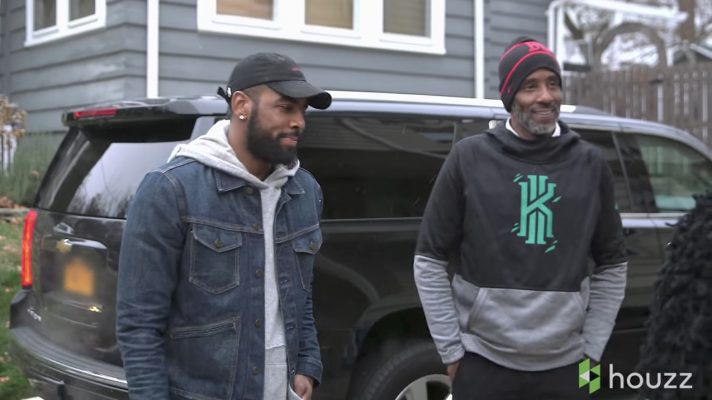 Even though the Cleveland Cavaliers won’t be playing on Father’s Day this year, the team’s starting point guard Kyrie Irving found a way to make it memorable before the big day for his father, Drederick. He and his sister Asia, quietly paid for a full renovation of what had once been the family’s home in West Orange, New Jersey.

Irving appeared on an episode of the online series “My Houzz” and explained the reasoning behind the idea:

“He sacrificed a lot. He really was super dad. I want to do this renovation for my dad because he worked his tail off to get that house and provide for myself and my sister.”

The 22-minute video details the two-month renovation process that spanned working with a designer and the reaction of Drederick Irving. While Kyrie Irving was in the middle of the 2016-17 season, he was able to keep abreast of the work through frequent video chats with his sister and the designer. Despite that drawback, the end result had its intended impact.