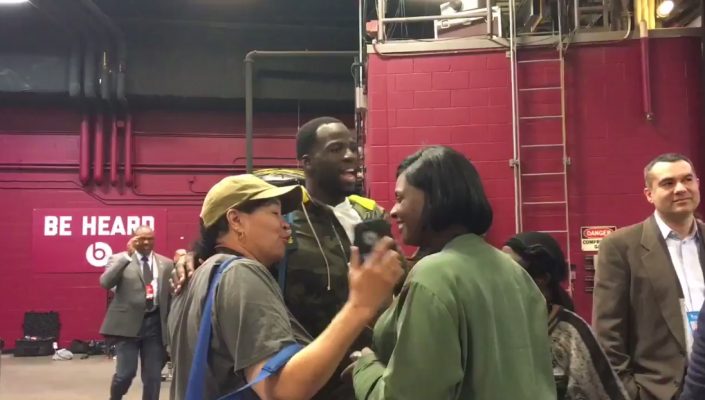 It’s safe to say that Golden State Warriors forward Draymond Green and the entire city of Cleveland do not get along.

From the crowd at Quicken Loans Arena in Game 4 of the NBA Finals chanting, “Draymond sucks,” to Green saying Cleveland Cavaliers fans weren’t the “sharpest people,” it’s clear that the boisterous small forward is currently public enemy No. 1 in Cleveland.

Now, to even further add to Green’s notorious reputation in Cleveland, he was caught causing a scene as security tried to escort him out after Game 4 of the NBA Finals.

Check out the video for yourself below:

Draymond Green was irked with Quicken Loans Arena security, who were in a rush to kick out the Golden State Warriors as they were exiting. pic.twitter.com/Ek28yrbJ48