Tyronn Lue Says Kyrie Irving Has to Step Up on Defense 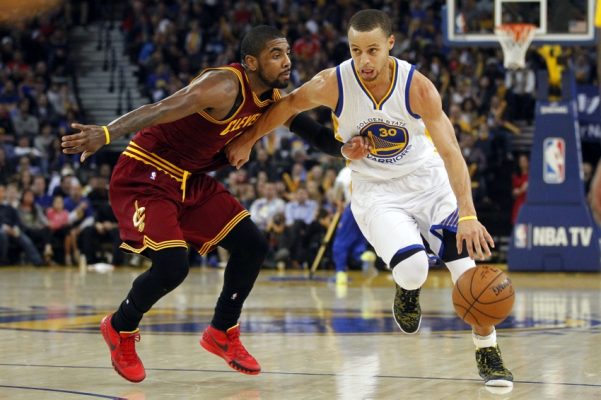 The struggles of the Cleveland Cavaliers in the 2017 NBA Finals have put them in an 0-2 hole against the Golden State Warriors, with defense being one of the key concerns after having allowed an average of 122.5 points in the two losses. Cavaliers head coach Tyronn Lue specifically cited Kyrie Irving as a player who needs to up his game if the Cavs have any chance of coming back in the best-of-seven series.

During his postgame press conference, Lue was asked about the issues that Irving has had on both sides of the ball during the first two games. Lue indicated that it was Irving’s defense that’s imperative to the Cavaliers achieving success.

Tyronn Lue on what Kyrie Irving needs to do better: "Defensively, he has to do a lot more."

The simple reason is that Irving’s counterpart at point guard, Stephen Curry, has scored 60 points in the the first two games, half of those points coming from long-range. In addition, Curry’s fellow guard in the Warriors’ backcourt, Klay Thompson, gave clear signs that his shooting slump may be ending in Game 2 by scoring 22 points on 8-of-12 from the field. That included four triples.

Of course, Irving’s troubles have been magnified by the lack of offense from J.R. Smith. Since connecting on the first basket of the Finals for the Cavs, Smith has been held scoreless.

With the series now shifting to Quicken Loans Arena, the hope is that Irving and the entire Cavaliers team can find the magic that allowed them to become the first team in NBA Finals history to come back from a 3-1 deficit. If they can’t, that could be where their season ends.