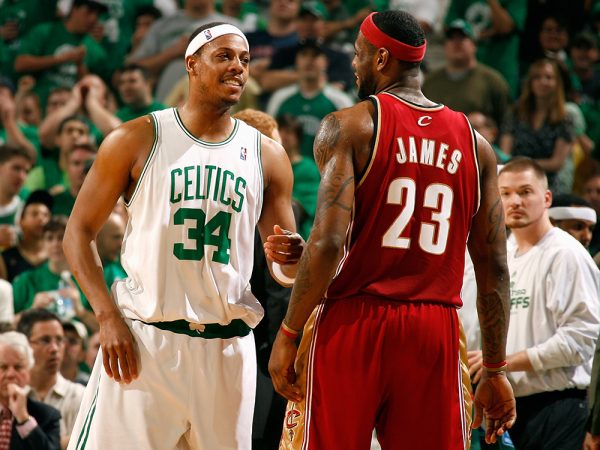 After the Golden State Warriors once again handily defeated the Cleveland Cavaliers in a 132-113 thrashing at Oracle Arena on Friday night, it’s clear who the player of the game was.

Superstar Kevin Durant finished the evening with 33 points, 13 rebounds, six assists, three steals, and five blocks and hit on an array of extremely difficult shots. The Warriors now lead the NBA Finals by a 2-0 margin, and just two games into the NBA Finals, longtime rival of LeBron James, Paul Pierce, has made a bold proclamation.

After Game 2 on ABC, in a typical knee-jerk reaction, Pierce dropped this bomb:

Paul Pierce: "I think Kevin Durant is the best player in the world today."

It seems at the pinnacle of James’ illustrious 14-year career, one player or another is trying to bring him down.

Perhaps it was because the last time James faced off against Pierce in Game 6 at TD Garden in the Eastern Conference finals, the four-time MVP dropped 45 points and 15 rebounds in an overwhelming dominant victory; one in which caused the dismantling of the Celtics’ Big 3 just a year later.