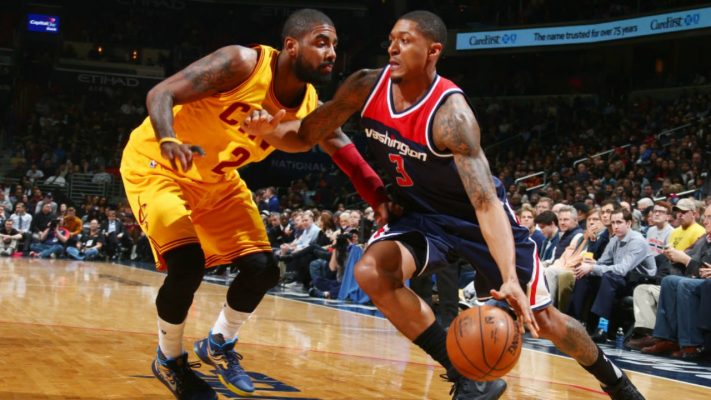 In a case of what might best be described as wishful thinking, Washington Wizards guard Bradley Beal indicated that his team would have given the Cleveland Cavaliers all they could handle had they met in the postseason. To emphasize that point, he also indicated that the Cavaliers’ struggles down the stretch were the direct result of trying to delay playing his team as long as possible.

Beal offered the comments on Thursday during an interview with CSN’s Chris Miller:

The opinion of Beal is no doubt based on the last two regular season meetings between the Cavaliers and Wizards. In the first, the Cavs needed a desperation shot from LeBron James to send their Feb. 6 game, which they won 140-135, into overtime. In the second clash, the Wizards dominated the March 25 game in Cleveland, winning by a score of 127-115.

However, as Cleveland has clearly shown in their first nine postseason games this year, they’re able to flip the switch and compete at a much higher level when the pressure is on. In contrast, Beal’s woeful performance in Game 2 of their Eastern Conference semifinal series against the Boston Celtics was largely seen as one of the main reasons for the Wizards losing that game in overtime, and ultimately the series in seven games. In that contest, Beal was 4-of-15 from the field and 1-of-9 from long range, finishing with 14 points and committing six turnovers.

In addition, given the fact that Beal and his team would have been playing in Washington’s first conference finals in 38 years, their ability to challenge the battle-tested NBA champions in such a high-stakes atmosphere is open for debate.