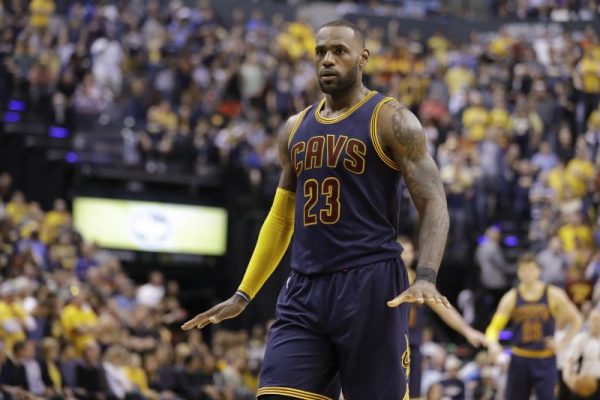 The Cleveland Cavaliers have been brilliant so far this postseason. The defending world champions started off the 2017 playoffs by sweeping the Indiana Pacers, before taking care of the Toronto Raptors in another sweep during their second-round encounter. In doing so, the Cavs earned themselves another week’s rest before their Eastern Conference Finals showdown against either the Boston Celtics or Washington Wizards.

The team has been led by the extraordinary play of superstar small forward LeBron James, who is putting together one of the most dominant postseason campaigns we have seen in recent memory. The King is averaging 34.4 points, 9.0 rebounds, 7.1 assists, 2.1 steals and 1.5 blocks per game as he continues to climb the all-time playoff ladders.

James was at the heart of the largest comeback in NBA playoff history as the Cavs stormed their way back against the Pacers in Game 3, overcoming a 26-point deficit. James has been putting on performances like these on a regular basis in the playoffs and is showing how he likes to turn it up a notch come postseason.

Due to his breathtaking performances, James is gaining traction on Michael Jordan in the eyes of many for the title of G.O.A.T. It has heated up as of late, as the kid from Akron is likely to pass Jordan and become the NBA’s all-time leader in playoff points in the not-so-distant future.

Despite being known for his all-around game, James has focused more on scoring the ball through the first two rounds. Averaging a mind-blowing 34.4 points per game currently, the reigning Finals MVP has surpassed Jordan in another scoring area – having the most points per game through seven playoff games at age 32 or older. Jordan had held the record, averaging 33.6 points through the first seven games of the 1996 playoff campaign, but James has now eclipsed the storied NBA great. 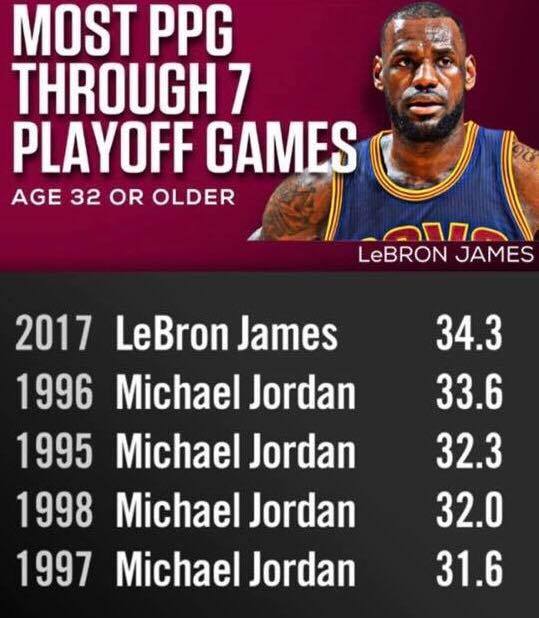 This feat is even more impressive when you consider James’ best attribute may not even be scoring. Rather, his most respected trait may in fact be his facilitating and the ability to make his teammates better. Eventually surpassing “His Airness” in scoring will only add to the growing legacy of “The Chosen One,” and continue to aid James’ case for the label as the greatest player to ever grace the NBA.