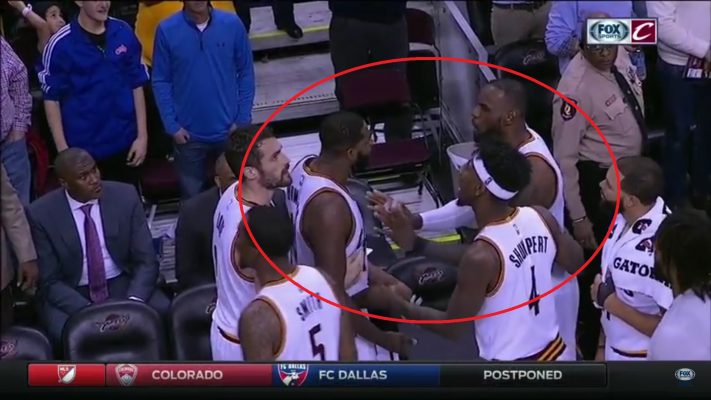 The Cleveland Cavaliers came away with a crucial double-overtime victory over the Indiana Pacers on Sunday night as it was one of the most intense games of the season. So intense, in fact, that teammates LeBron James and Tristan Thompson got into a heated exchange during a timeout after Kevin Love had nailed a crucial 3-pointer to give the Cavs a four-point lead in the second overtime.

The pair continued to jaw at each other during the timeout due to what James saw as a defensive lapse on the part of Thompson and vice versa. The defensive breakdown came as Pacers small forward Paul George nailed yet another 3-pointer in the second overtime. Thompson expected James to fight through the screen on the play, while James was expecting Thompson to switch.