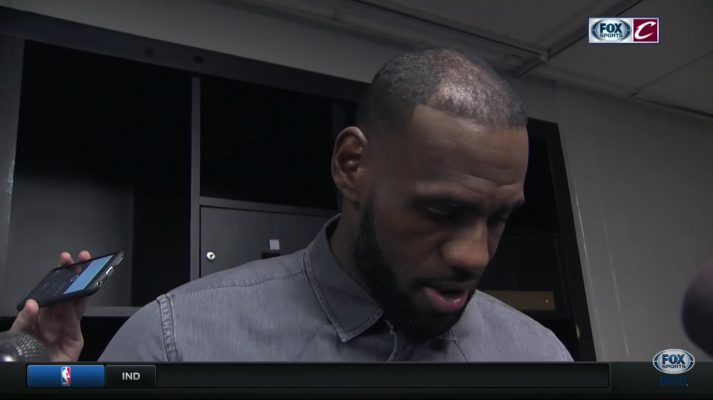 In the aftermath of the Cleveland Cavaliers‘ (47-26) loss of the East’s No. 1 seed to the Boston Celtics (48-26), many fans are wondering what the Cavs’ next plan of attack will be.

According to Cavs head coach Tyronn Lue, that plan may be in the form of resting some players over the final course of the regular season. Upon hearing about the unofficial strategy, superstar LeBron James offered his comments, per Fox Sports Ohio:

James, 32, is currently averaging 37.5 minutes per game, second in the NBA only to Toronto Raptors guard Kyle Lowry, who has missed the team’s last 17 games. Yet, the King understands the importance of playing and getting into a rhythm in the final stretch of the season:

“Coach is going to have his logic of things, but at the end of the day, we need to play,” James said.

Despite his desire to play, the superstar sees that the Cavs are starting to become sluggish on the court. After dropping three of its last four games, holes in the team’s defense have been exposed:

“We look slow. It’s an individual question, but at the same time, yeah, we look a little slow against a lot of these teams,” James said after the Cavs got crushed by the San Antonio Spurs on Monday.

There are just nine games left in the season before the playoffs begin for the Cavs, as they look to bounce back against the Chicago Bulls on Thursday at United Center.