Cavs Concerned Kevin Love Could Be in Line for ‘Extended Absence’ 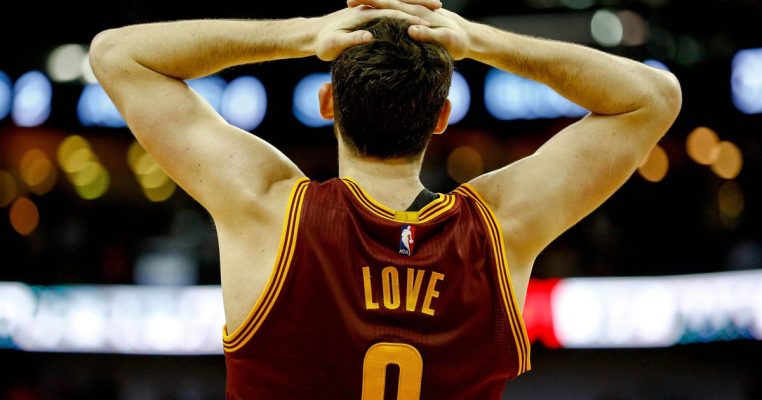 The status of the left knee of Cleveland Cavaliers forward Kevin Love remains a source of concern for the team, with Love now seeking a second opinion that’s scheduled for Tuesday. This follows an MRI that was performed by the team on Sunday which has ruled him out of the team’s Tuesday road game against the Minnesota Timberwolves.

“Cavs All-Star forward Kevin Love will get a second opinion on his ailing left knee Tuesday, and there is concern team wide that he could be in line for an extended absence,” writes Joe Vardon of Cleveland.com.

What’s even more concerning is that the team didn’t release information on the Sunday MRI and also declined to name the doctor who will examine Love on Tuesday night. Cavs general manager David Griffin’s words weren’t reassuring:

“I would love to be able to tell you that he’ll miss three games and be back, but I can’t right now because we don’t know,” Griffin said.

In addition, Cleveland head coach Tyronn Lue‘s thoughts mirrored those of the team’s fan base:

There’s no indication as to when the knee injury took place, though the Cavaliers completed a stretch of three games in four nights on Saturday evening. In addition, it was their fourth game in six nights, with the first contest going into overtime.

Love’s injury further depletes a roster that already has J.R. Smith out until April with a fractured thumb and Iman Shumpert having missed the past three games due to a sprained ankle.

The Cavs will play one more game before the All-Star break after their Minnesota clash, when they host the Indiana Pacers on Wednesday night. Love was selected to play in the All-Star Game, though that status is now uncertain.