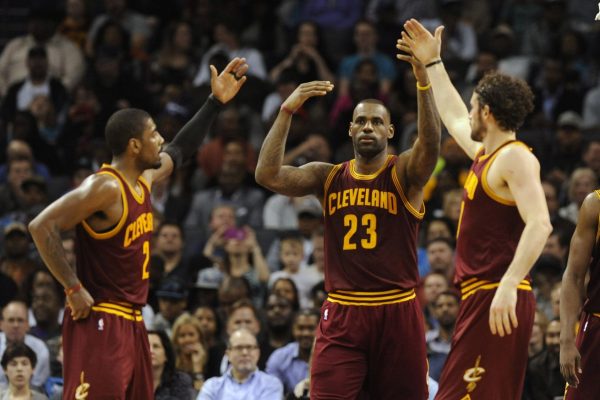 Although Cleveland Cavaliers head coach Tyronn Lue had mentioned after the Cavs’ 132-117 drubbing of the Indiana Pacers on Wednesday night that he might hold out his Big 3 on the tail end of a back-to-back, it doesn’t seem like that’s actually going to take place.

According to Joe Gabriele of Cavs.com, all five of Cleveland’s starters (including LeBron James, Kevin Love, and Kyrie Irving) from last night’s game are expected to suit up against the Oklahoma City Thunder on Thursday night.

Per Coach Lue, everyone's playing tonight in OKC. Guys are on a good roll and want to keep it going.

The Cavs seem to be on a bit of a roll as of late as they are finally clicking as a unit, and the newly acquired Kyle Korver is even starting to look more comfortable in a Cavs uniform. The sharpshooter dropped a season-high 29 points, including a career-high eight 3-pointers on Wednesday night.

They are coming off of four straight wins and face a formidable opponent tonight in the Thunder at Chesapeake Energy Arena.