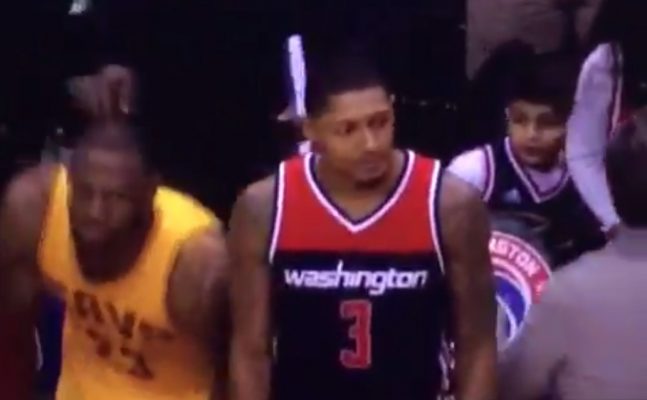 With the Cleveland Cavaliers trailing 120-117 to the Washington Wizards and a little over three seconds remaining on the game clock, power forward Kevin Love threw a full-court pass to LeBron James, who took one dribble, turned around, and banked home a miraculous game-tying three while falling out of bounds.

The four-time MVP’s unfathomable 3-pointer sent the crowd at Verizon Center into a frenzy, but no reaction was greater than the one on defender Bradley Beal’s face.

Watch as the guard, who was draped all over James on the final possession of regulation, can’t help but smile at the ridiculous shot that he just witnessed.