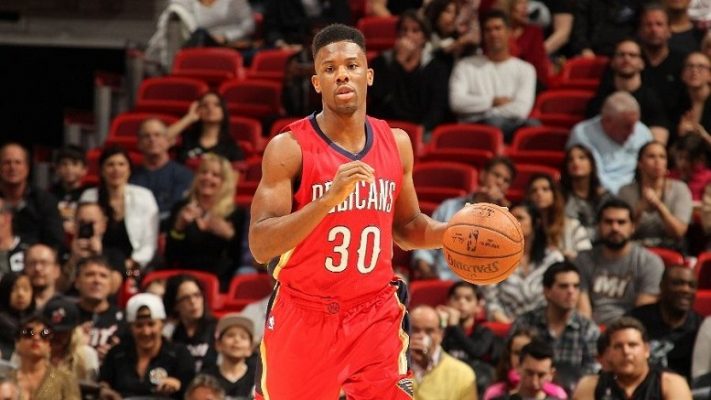 It was reported on Tuesday that the Cleveland Cavaliers had invited Mario Chalmers, Lance Stephenson, and Kirk Hinrich to a workout session in the hopes of inking a deal for the 2016-17 season. However, according Marc Stein of ESPN, a fourth free-agent point guard, Jordan Farmar, has also been invited to join Cleveland’s workout on Wednesday.

Jordan Farmar is the fourth free-agent point guard scheduled to join Cleveland's workout on Wednesday, according to league sources

Farmar last played for the Sacramento Kings, appearing in just two games before being released. The 30-year-old is mostly known for his time on the Los Angeles Lakers, where he was a valuable member of the rotation, helping bring home NBA titles in 2009 and 2010.

In addition, according to Sam Amick of USA Today, both Baron Davis and Andre Miller are also interested in auditioning for the Cavs:

“Former Cavaliers guard Baron Davis, now 37-years-old and more than four years removed from his last NBA game, is known to covet the job and insists he could do it well so long as he had two weeks to get into tip-top shape (he played six games in the NBA Development League last season, averaging 12.8 points, 3.5 assists and 22.5 minutes). Also, fellow former Cleveland player Andre Miller, the 40-year-old who played in Minnesota (26 games) and San Antonio (13 games) last season, would certainly want this gig but has thus far inspired no mutual interest.”

However, it is unlikely that the Cavs have expressed a mutual interest in either player, seeing as how Davis and Miller are 37 and 40-years-old, respectively.

Two more likely candidates that the Cavs have openly expressed interest in are free agent point guard Norris Cole and Dallas Mavericks point guard Deron Williams. Cole was recently released by the Shandong Golden Tigers and has been linked frequently with the Cavs. The 28-year-old also has a familiarity with LeBron James as both players were members of the Miami Heat from 2011-14.

As far as Williams is concerned, the Cavaliers’ front office may have trouble prying away the established veteran from a Mavericks team looking to make a late-season push into the playoffs. But Dallas is said to be interested in Cavs swingman Iman Shumpert, so Cavs general manager David Griffin may be able to work a deal if necessary.