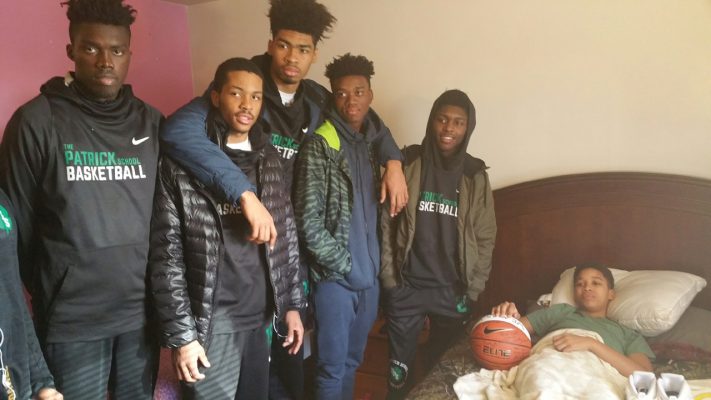 Due to a toe injury, which had him sidelined indefinitely, Cleveland Cavaliers point guard Kyrie Irving didn’t spend much time at his college, Duke University, and only played in 11 games in the one year he attended.

The school Irving has a much greater relationship with, however, is his high school alma mater in New Jersey, St. Patrick’s High School — renamed The Patrick School in the years since he left. Recently, Irving made it clear how much that community means to him through one very charitable act.

According to Adam Zagoria of ZagsBlog, the three-time All-Star offered to pay the tuition of a struggling student from his old school. The student is Spencer Joyner, a seventh grader who was diagnosed with a disease called psuedotumor cerebri, which causes the symptoms of a brain tumor without an actual tumor present, including migraines and potential vision loss.

The disease has kept the 12-year-old out of school since his diagnosis and will likely require him to be home-schooled. Irving stepped in to cover all of Joyner’s past tuition expenses, as well as the rest of the current year.

The 2016 NBA champion guard has never met Joyner, but heard about his story and felt inspired to make a donation worth around $11,000.

“It made me feel really good and lucky to have one of my favorite players do that,” Joyner said.

Irving has a long history of helping his alma mater, including paying for the funeral of a The Patrick School basketball player who had tragically passed away at the age of 14.