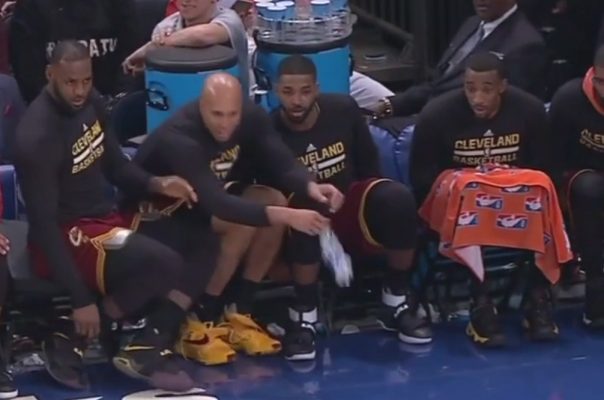 With LeBron James and the rest of the Cleveland Cavaliers starters sitting out nearly the entire fourth quarter of the team’s blowout victory against the New York Knicks, other things apparently were more interesting than the game itself.

With the team having a 30+ point lead throughout most of the final period, James and his teammates partook in what has been known as the “water bottle challenge,” where the objective is to make a water bottle stand upright after tossing it.

Take a look at the extracurriculars that took place below.