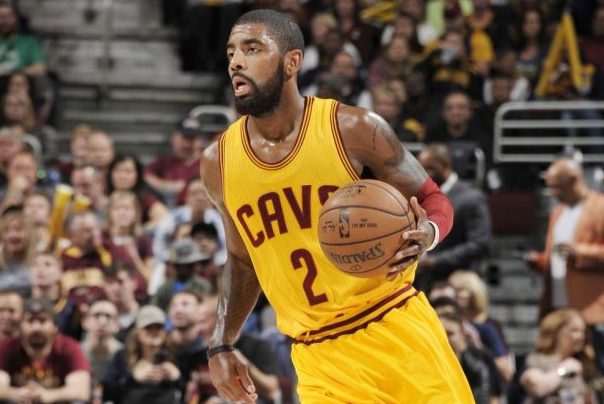 (Cleveland, OH) – After resting superstar small forward LeBron James on Wednesday in a loss to the Indiana Pacers, the Cleveland Cavaliers (10-2) came out blazing on Friday night as they dismantled the Detroit Pistons (6-7) by a score of 104-81 at Quicken Loans Arena.

The Cavs’ tenacious defense kept the Pistons at bay all night, with the dynamic duo of James (21 points, three rebounds and three assists on 9-of-14 shooting) and All-Star point guard Kyrie Irving (a team-high 25 points and 11 assists on 11-of-15 shooting) spearheading the way on offense for Cleveland.

“We understood that they got some good shooters down there on that team,” Irving said after the game. “So for us, we just wanted to stay disciplined and consistently have effort on the defensive end.”

In yet another solid performance, power forward Kevin Love put up a double-double with his 12 points (5-of-10 shots made from the field) to go along with 13 boards.

Shooting guard J.R. Smith, who had missed the previous three games due to a sprained right ankle, got the start and scored all nine of his points in the first quarter via 3-point shots.

For Detroit, who shot an NBA season-low 31.2 percent from the field, had only only one player score in double figures on the night. Power forward Jon Leuer came off the bench to contribute 15 points and seven rebounds, while small forward Tobias Harris and shooting guard Kentavious Caldwell-Pope each had nine points apiece.

The Pistons fell to a dismal 1-7 record on the road this season, while they still remain a perfect 5-0 at The Palace of Auburn Hills.

Up next, the Cavs will have a few days off and don’t play again until Wednesday when they host the Portland Trail Blazers (7-6) at Quicken Loans Arena. The contest, which is scheduled to tip off shortly after 7:00 p.m. ET, will be broadcast live locally on Fox Sports Ohio.

“We got some tough guys coming in on Wednesday with Damian (Lillard) and C.J. McCollum, so there’s really no days off for us. For me, I’m going to enjoy the days that we do have off, continue to work, continue to utilize my guys and our training staff,” Irving said.