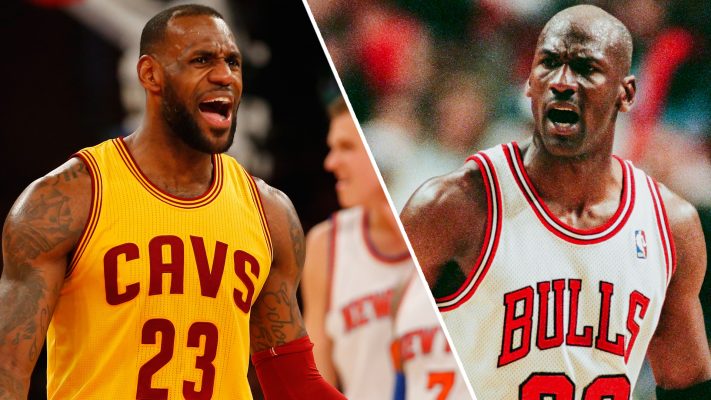 One of the greatest mysteries surrounding superstar LeBron James‘ current career is whether or not he can surpass basketball’s greatest player of all-time in Michael Jordan. Although the Cleveland Cavaliers forward’s time in the NBA isn’t up, many have commented on the comparison and put down their two cents.

The latest to enter his opinion into the debate is James’ close friend and former teammate Dwyane Wade. The newly-signed Chicago Bulls guard had some surprising words, summarizing that James can’t surpass Jordan’s career but only tie it.

Although Wade said it was possible for someone to tie Jordan, he made it clear that no one will ever surpass him.

The two alumni of the 2003 draft spent four seasons playing together for the Miami Heat; however, it doesn’t like James did enough to sway Wade’s opinion. Not even the four-time MVP’s historical performance in this past season’s finals seemed to do the trick, although Wade did give some credit to James, saying that he was on the 15th hole in a golf reference, while Jordan finished his career on the 18th.

Nonetheless, James will be working tirelessly to get to Jordan’s level as he begins to move away from his prime. A couple months ago, the three-time NBA champion told Sports Illustrated he was chasing Jordan.

“My motivation is this ghost I’m chasing. The ghost played in Chicago,” said James.

With one of his best friends even doubting his ability to surpass Jordan, it looks like James will have even more motivation heading into his 14th year in the league to top the greatest ever.