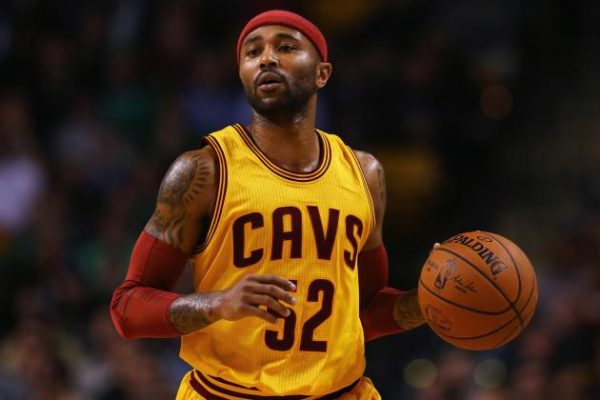 Cleveland Cavaliers guard Mo Williams has gone back and forth several times on whether or not he would be returning for a final season with the Cavs in 2016-17.

As of this morning, the general consensus was that Williams would be making a final run with the Cavs as he had announced via Twitter just under a week ago.

But Williams has changed his mind one last time according to Cleveland.com, and Williams’ agent, Raymond Brothers, has informed general manager David Griffin that Williams has decided to retire immediately.

The Cavs owe Williams $2.2 million this season, but Griffin declined to answer whether the team would pursue a settlement this morning on media day Monday.

Of course, he did acknowledge that the Cavs had planned for this very scenario.

“We were planning on something like this being possible,” said Griffin.

Williams averaged 8.2 points and 2.4 assists per game, while shooting 35 percent from behind the arc last season as he battled a left knee injury that existed before he even returned to the Cavs.

Of course, he came back to form in the most opportune of moments, earning minutes and playing well in spots of Games 6 and 7 of the NBA Finals, when Tyronn Lue opted for Williams as Matthew Dellavedova struggled to produce.

Williams had originally signed a two-year deal with a player’s option for the Cavs at the start of last season, and it looked as though he would exercise that option and return for one final run.

But Monday’s news seem to indicate that Williams is just as happy taking his NBA championship and riding off into the sunset.