Don't Miss
Home / Team News / An Update on J.R. Smith and When He’s Expected to Sign a Deal With the Cavs

An Update on J.R. Smith and When He’s Expected to Sign a Deal With the Cavs 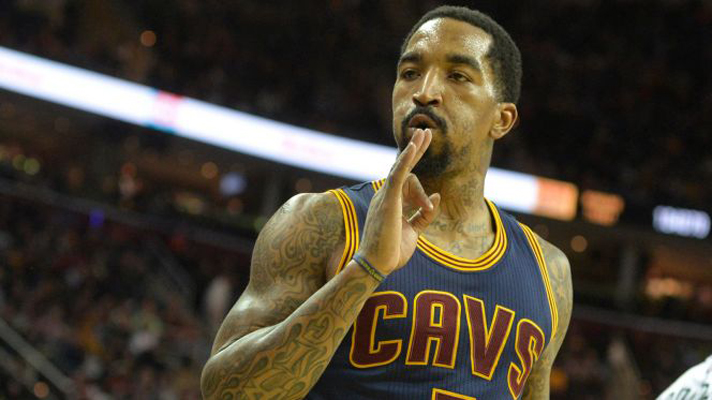 The continuing concern by Cleveland Cavaliers fans over whether shooting guard J.R. Smith will re-sign with the team grows as the September 27 opening of the team’s training camp draws closer. In reality, that concern may be overblown, given the lack of potential competitors for Smith’s services.

That’s the belief of ESPN writer Brian Windhorst, who spoke with Tim Bontemps of The Washington Post on a recent podcast. Given the lack of counter-offers from other teams, the Cavaliers haven’t attempted to improve their offer, which has extended the standoff. Smith continues to remain firm in his reported request of between $13-14 million a year, though Windhorst believes that an agreement will eventually be forged.

“I feel like he will sign before the regular season – I’m not sure about training camp,” Windhorst said. “His agents don’t have a problem holding people out.

Inevitably, Smith is expected to come to an agreement with Cleveland, primarily due to the close relationship he has with LeBron James. Having made his feelings on the negotiations publicly known, James and his pull within the organization should be enough to assist in eventually hammering out a deal.

Even if the Cavaliers eventually relent on the contract, their luxury tax bill is still likely to be approximately $20 million less than the $54 million they were assessed last season.